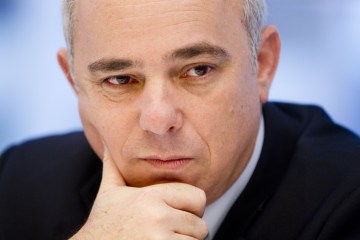 Israel pushes Washington to give Iran an ultimatum 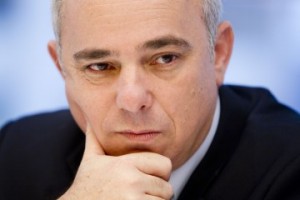 Steinitz’s visit comes the same day as Obama is expected to nominate former Republican Senator Chuck Hagel to replace Leon Panetta at the Pentagon. Several conservative Jewish groups have come out against Hagel’s nomination over worries that Hagel, who opposed the war in Iraq, might be too dovish and could roll back Obama’s commitment to prevent Iran from getting a nuclear weapon. Steinitz said the timing was purely coincidental – the meeting was a rain check from several months ago – and said “it is not our custom to interfere with democratic procedures of other countries.”

Still, he made it clear that Israel is impatient with the lack of progress on Iran, and that he would be pushing Treasury Secretary Tim Geithner and other Administration officials to not only close certain loopholes in the sanctions against Iran but to take a stronger verbal stance on deadlines. “Of course, we would prefer… a diplomatic solution,” Steinitz said. “But sanctions with negotiation seems to be insufficient. Currently, they’re not in the mood of giving up their nuclear program. They’re exploiting the talks thus far in order to gain time to refine more uranium.”

Though Iran seems to have indicated an openness for bilateral talks with the U.S. and a renewal of the so-called P5+1 – the five permanent members of the United Nations Security Council, plus Germany – process, little progress has been made since the U.S. elections as had been expected. A P5+1 meeting has been agreed to in January, though a date and venue have yet to be set. Meanwhile, only incremental headway was made in Decembernegotiations between the International Atomic Energy Agency, which has been seeking unfettered inspections of Iran’s nuclear sites, and Tehran.

When asked if the window for negotiations might be narrow given the approaching Iranian presidential elections in June, Steinitz scoffed. “It’s not like the Dalai Lama is running for president. The nuclear program was there long before [current Iranian President Mahmoud] Ahmadinejad,” he said. “Whomever is president doesn’t matter, it is the determination and dedication of the religious leaders, of [Supreme Leader Sayyid Ali] Kamenei.”