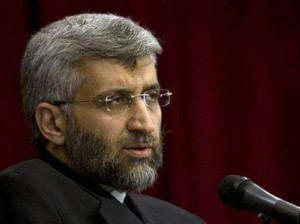 According to reports a senior Iranian security official on Friday arrived in Afghanistan to meet with the Afghan government officials.

Mr. Jalili is expected to meet with Afghan president Hamid Karzai and other high level Afghan government officials during his visit to Afghanistan.

He is visiting Afghanistan on official invitation of the Afghan officials and is due to discuss bilateral ties and cooperation.

His visit to Afghanistan comes amid on going discussions between Afghan and US officials on security agreement between the two nations which will allow US troops footprints in Afghanistan beyond 2014.