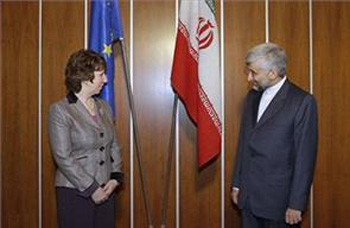 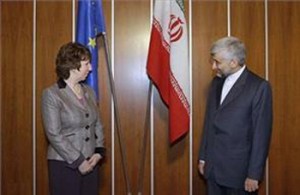 Iran says talks with big powers to be held in January

Iran has agreed to hold talks with six major powers about its atomic program in January but the date and venue has yet to be decided, the country’s top nuclear negotiator said on Friday. The six powers want to rein in Iran’s uranium enrichment program to ensure it is geared only for civilian energy, through a mix of diplomacy and sanctions. Iran denies Western assertions it is seeking nuclear weapons capability.

Denying any role in bomb attack on an Israeli embassy car here last year, Iran today alleged that the charges of its involvement in the incident were made by those who have “their own criminal records”.

PM tells Israeli ambassadors gathered in Jerusalem positive change in Mideast possible if Tehran prevented from acquiring nukes. Adds: Hamas can seize control of PA ‘any day’.  “Iran remains the number one threat. I set a red line (for its nuclear program), and as of now Iran has yet to cross it,” Prime Minister Benjamin Netanyahu said Thursday.

EU says no date for Iran talks, hopes for next round soon

The European Union says no date has been fixed for further talks on Iran’s nuclear program, while hoping they will be soon, an EU foreign affairs spokesman said. He was reacting to comments from Iran’s top nuclear negotiator, who said earlier on Friday the country had agreed to hold talks in January with the six major powers – represented by the EU – about its atomic program.

Iran today strongly pitched for deeper bilateral ties and increased cooperation in security and economic arena with India, saying both countries face “common threats and interests”. Iran also stressed on the importance of the Chabahar Port and the energy security that it could provide vis-a-vis gas and oil. “We have common interests and threats. This calls for more interactions, more talks and more consultations,” Saeed Jalili, secretary of the Supreme National Security Council of Iran, said here.

It may again be possible to revive talks over Iran’s nuclear program, according to Brazilian Foreign Minister Antonio de Aguiar Patriota, who thinks that the May 2010 deal was a missed opportunity.