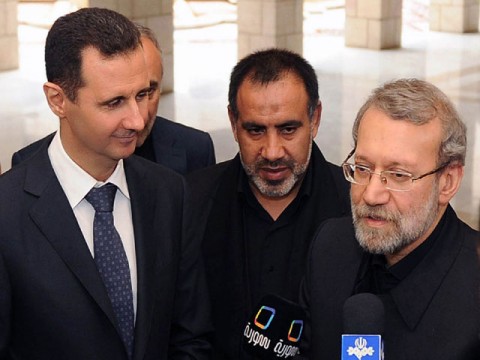 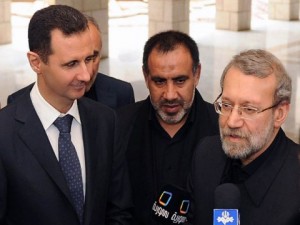 The ability of Tehran’s proxies to forcefully respond to an Israeli attack on the Iranian nuclear facilities has dropped significantly in recent months, according to official assessments in Jerusalem.

The deterioration of the regime in Syria and the subsequent weakening of the Hezbollah militia in Lebanon has hurt their ability to join in any conflict, the Hebrew-language daily Maariv reported on Thursday.

The predictions, based on a Foreign Minister paper that was presented to Israeli diplomats at a Jerusalem conference this week, say that in the event of a military conflict between Israel and Iran, the Syrian army wouldn’t spring to the aid of its traditional ally and patron, for fear of losing its highly tenuous grip on power.

Hezbollah, in an extension of the same domino effect, would also stay out of the fray, so as not to risk its military and political dominance in Lebanon in an uncertain geopolitical landscape where its main backer, Syrian President Bashar Assad, is incapable of providing support.

According to the report, recent developments to Israel’s north heralded no less than the demise of the “Axis of Evil,” a term popularized by then-president George W. Bush in 2002, as the United States prepared to launch an extensive military campaign in the wake of the 9-11 attacks.

“Iran’s ability to harm Israel, in response to an attack from us, has diminished dramatically,” a senior official was quoted as saying. “The Iranian response will be far more minor than what could have been expected if the northern front still existed.”

Over the past two years, the civil war has decimated the Syrian army, and severed Hezbollah from vital supply lines that once extended overland from Iran via Syria, providing the Shiite group with a constant flow of missiles and other arms, the report said.

Concurrently, Hezbollah has become a major part of Lebanon’s political establishment — much more so than during the 2006 Second Lebanon War — which makes it vulnerable and lends greater credence to the Israeli policy that holds the country’s government responsible for the decisions of the group’s leader, Hassan Nasrallah.

Thus, the report said, in the event of a Hezbollah attack, Israel would likely invade Lebanon with massive ground forces, in an attempt to eradicate, once and for all, the threat on its northern frontier.