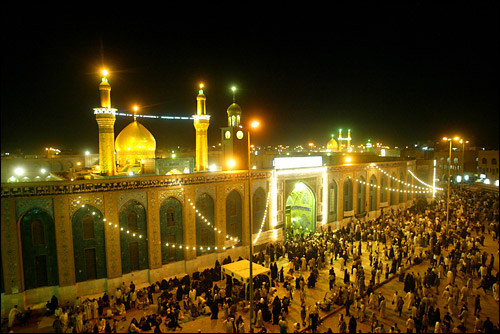 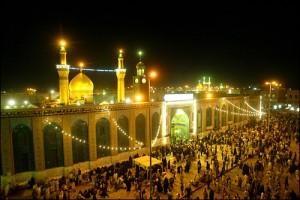 Ahvazi added that the pilgrims were from various Iranian cities, but mainly from different southern cities of Khuzestan province.

“They departed Iran for Iraq through Shalamche Border between December 19th and January 1st for pilgrimage of the holy shrines in Iraq, and participation at mourning rituals on 4th day after martyrdom anniversary of Imam Hussain, Arbaeen, in Karbala,” he added.

Ahvazi added that the pilgrims of Imam Hussain have passed through this border point either individually, or in groups during the said period.

He noted that passage of individual pilgrims through Shalamche Border is prohibited and they can only pass in caravans.

“However, keeping in mind the high number of people at the border point and the special conditions, and based on the suggestions made by officials, we merely issued temporary permits for the individual pilgrims, and after this period, too, passage of individual pilgrims through would be prohibited,” he noted.

Ahvazi also noted that during this period in order to assist the pilgrims and provide residence for them we erected 200 tents, provided 9 containers, and eight busses at the border terminal.

Deputy head of Karbala provincial council Nasim Jassem Al-Khatabi has said that over 16 million pilgrims are expected to attend mourning ceremonies in Karbala in Arbaeen.

Al-Khatabi noted that this year Karbala will see the largest number of pilgrims visiting the city during Arbaeen ever.

Arbaeen marks the anniversary of the 40th day after the martyrdom of Imam Hussein (AS) and his devoted companions in Karbala.

Al-Khatabi said the holy city is prepared to host the pilgrims and its hotels have been prepared for serving the guests.

“It is expected that 650,000 of the pilgrims will be from other countries, especially Arab and Muslim states,” he stated.