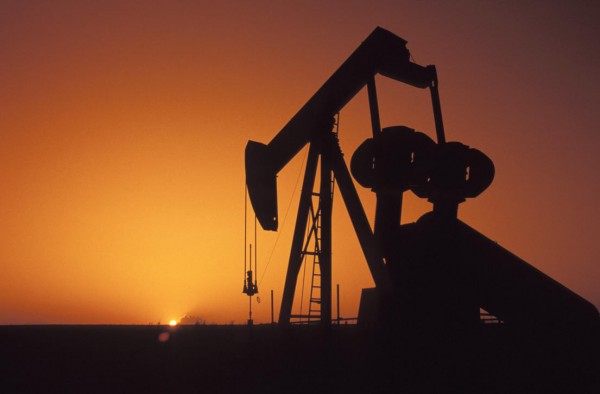 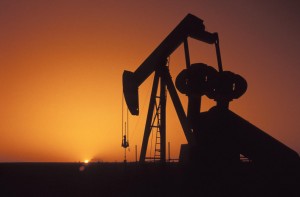 WASHINGTON—In relations with a diplomatically isolated Iran, the People’s Republic of China appears to be balancing its need for oil with the importance of its ties to Washington. The Chinese regime drives a hard bargain, taking advantage of its dominant position in a sanctioned Iranian economy, while simultaneously taking a harder line on sanctions related to Iranian nuclear ambitions, even as it finds means for circumventing some U.N. sanctions.

A new report titled, “China-Iran: A Limited Partnership,” charts the shifting bilateral relationship between China and Iran and concludes that China is motivated in its current relationship with Iran primarily by economics, specifically its energy needs.

Written by CEBNTRA Technology Inc. under a contract for the U.S.-China Economic and Security Review Commission (USCC), the report was released Dec. 20. USCC is a bipartisan congressional commission that is mandated by law to review the national security implications of trade and economic ties between the United States and communist China.

The release of the report does not imply endorsement by the commission.

Both authoritarian regimes share a view of the U.S.’s support for human rights and democratic institutions as inimical to their rule. Both regimes at different times have abused pro-democracy demonstrators. However, the pressure of the sanctions has shifted the emphasis of the relationship from any shared ideological views to economics and oil and has weakened Tehran’s bargaining position.

As widely reported by the media, the economic sanctions are taking a heavy toll on Iran’s economy. Europe is preventing Iranian banks from doing business in euros. The United States has been preventing Iran from doing business in dollars. “The financial shackles have so impeded the regular flows of trade that China has even settled some of its outstanding $4 billion debt to Iran in gold,” says the report.

Beijing has exploited Iran’s inability to sell its oil in hard currencies to force Iran into barter transactions. The report says:

“[Bartering] has opened a floodgate of cheap, subsidized, and often sub-standard Chinese products, which have increasingly displaced Iranian industries and displeased the large consumerist middle class. There are also reports of delayed payments, causing intermittent trade frictions with Tehran.”

Barbara Slavin, senior fellow of the South Asia Center of the Atlantic Council, anticipated the report’s conclusion in a November 2011 article published by the Atlantic Council that said as Iran lost access to most Western banks, it “has turned increasingly to bartering oil for goods from China.” Slavin noted that over the last decade, China has increasingly become the leading trading partner with Iran.

Much of the new trade with China tends to distort the Iranian economy. It is with state-run companies, firms controlled by the Revolutionary Guards, according to Bijan Khajehpour, an Iranian businessman and expert on the Iranian economy, who is now in exile. Slavin quotes him saying, “[Chinese] commercial delegations even stay at the compound of the Chinese ambassador in Tehran and do not interact with the Iranian public.” Khajehpour said that these deals are opaque and breed corruption.

Tehran’s view is that China is “opportunistic” and “trying to exploit Iran’s economic isolation,” says the report

Iran uses the oil revenue to fund most of its national budget. Because of the economic sanctions, its global oil exports have declined in 2010–2012, says the report. China is able to fill the void created in Iran by departed international oil companies concerned about operating in an environment that is under intense international scrutiny.

The report said that in contrast to Burma and Sudan, “China’s national oil companies appear to be striking a harder deal, taking advantage of their dominant position as Iran’s major current oil investor, and looking for discounts on Iranian oil. … Although Iran recently has denied that China is receiving discounted oil, press reports in early 2012 pointed to such discounts.”

With the severe sanctions the West imposes on Iran, the trade of Iranian oil for Chinese goods has become increasingly much more important to Iran. China needs to find energy sources and over the years Iran has provided a steady supply, between 9 and 14 percent of China’s oil imports since 2000, says the report. China’s percentage of Iran’s total oil exports has grown from 5 percent in 2000 to 25 percent in 2011, according to the report.

In spite of China’s dependence on Iranian oil, when the International Atomic Energy Agency (IAEA) reported in June 2010 that Iran was in pursuit of nuclear enrichment, the Chinese regime voted with the other permanent members of the UN Security Council for further sanctions on Iran, including “an existing arms embargo and tightening restrictions on financial and shipping enterprises related to proliferation-sensitive activities,” says the report.

Since the significant 2010 vote, China “appears to be walking a fine line, asserting its right to ignore non-UN sanctions, but also showing some restraint, even at a cost to its economic interests.”

Slavin said that China made an agreement with the Obama administration to slow implementation of an estimated $40 billion investment in Iran’s energy sector; in return, the Chinese energy companies are not being sanctioned under the Comprehensive Iran Sanctions, Accountability, and Divestment Act (CISADA). When Slavin wrote about this agreement in November 2011, the U.S. government had sanctioned 10 companies under CISADA and none were Chinese.

China is faced with a tough dilemma, says the report, referring to the work of Minxin Pei of Claremont McKenna College. Iran is China’s third largest supplier of crude oil—roughly 500,000 barrels a day. The loss in “Iran’s oil imports would cause an immediate supply shock to China, unless other oil-producing countries, notably Saudi Arabia, stepped in to make up the shortfall,” says the report.

Moreover, “Chinese oil companies have signed tens of billions of dollars of contracts for energy exploration and refining with their Iranian counterparts.” China risks the loss of these lucrative deals. “But [China’s] ties with Washington are no doubt far more critical to Chinese national interests than Chinese–Iran relations. China has to take into account Saudi Arabia’s staunch opposition to Iran’s nuclear program,” says the report.

Having It Both Ways

On the military front, China has had a long-term relationship with supplying arms and technology to the isolated Islamic Republic. When China began to change its diplomatic course with the United States during the Clinton era, China opted to terminate several nuclear and missile transfer contracts with Iran.

“Still, China did not entirely abandon supplying Iran with military technology. Instead of selling whole missiles, China sold the means of production for missile components, including engines; trained technicians; and helped set up factories to assemble and produce indigenous variants of imported missile designs.

These relations allowed China to operate within the letter of international proliferation norms, while demonstrating China’s willingness to circumvent international will to support Iran.”

During the last decade, the Chinese regime has tried to have it both ways in its relations with Iran and the United States. On the one hand, it engaged in military exchanges and made new trade agreements with Iran. On the other hand, later in the decade China acquiesced under international pressure and signed on to new multilateral, nuclear-related sanctions against Iran.

“Delay and dilution of sanctions rather than outright obstruction seems to be the strategy of Chinese diplomats in dealing with Iran’s nuclear intransigence. China and Russia have balked at certain provisions but have voted for U.N. Security Council resolutions targeting individuals, companies, and institutions suspected of facilitating Iran’s nuclear and ballistic missile programs,” says the report.

By The Epoch Times