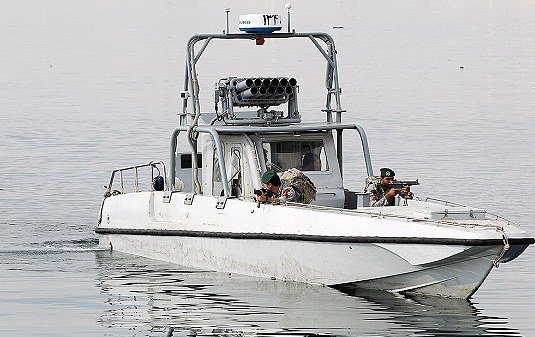 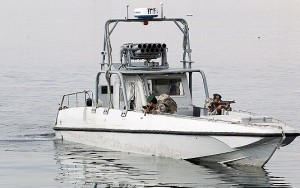 TEHRAN, Iran (AP) — Iran’s navy issued dozens of warnings to foreign planes and warships that approached its forces during a five-day sea maneuver near the strategic Strait of Hormuz, a semi-official news agency reported Tuesday.

Mehr quoted Adm. Amir Rastgari, spokesman for the exercise, as saying that naval and air defense forces on 30 occasions warned off reconnaissance planes, drones and warships belonging to “extraregional forces” that approached the drill, using a term that the Islamic Republic commonly employs to refer to the militaries of the U.S. and its allies.

The five-day naval drill, dubbed Velayat-91, is Iran’s latest show of strength in the face of mounting pressures over its disputed nuclear program. The West suspects it may be aimed at producing nuclear weapons, a charge Iran denies.

Iran has threatened to close the strait over Western sanctions but has not repeated the threats lately. The strait is the passageway for one-fifth of the world’s oil supply.

Rastgari said the aircraft and warships heeded the warnings and stayed away.

“Various reconnaissance aircraft that sought to penetrate into the drill area were given warnings by the navy and the Khatam-ol-Anbia (air defense force) … Subsequently, the intelligence planes and drones distanced from the area after receiving the warnings,” Rastgari said.

Iran has used the maneuvers to highlight recently-developed weapons systems.

State TV said “Ghader,” or “Capable,” a sea-launched anti-ship missile with a range of 200 kilometers (120 miles), was among the weapons used in the final day of navy drills Tuesday.

Ghader missile was delivered in late 2011 to the Iranian military and the powerful Revolutionary Guard’s naval division, which is assigned to protect Iran’s sea borders. Iranian officials say the missile can skim the sea to avoid detection and can sink large warships.

TV said the navy also used another anti-ship missile, dubbed Noor, or Light, during the drill. It showed several missiles being fired and hitting their targets at sea. Reports on the maneuvers say Iran also used its electronic warfare systems.

Iran’s growing arsenal includes short- and medium-range ballistic missiles that are capable of hitting targets in the region such as Israel and U.S. military bases in the Gulf.

Iran began a military self-sufficiency program in 1992, under which it produces a large range of weapons, including tanks, missiles, jet fighters, unmanned drone aircraft and torpedoes.

The maneuvers cover nearly 1 million sq. kilometers (400,000 sq. miles) from the Strait of Hormuz to the northern part of the Indian Ocean, including the Gulf of Oman.