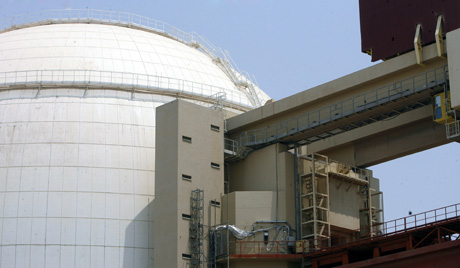 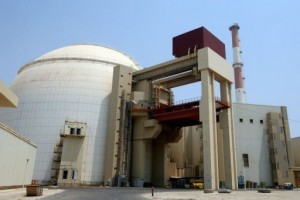 There have been signs over the past year and particularly over the past weeks, that Iran has an interest in reaching a resolution over its nuclear program, the US Department of the Treasury top sanctions official said Monday.

“Pressure is working” David Cohen, undersecretary for terrorism and financial intelligence at the US Department of the Treasury, said in an interview with Army Radio.

However, he added that the Iranian regime must be aware that “the window” to reach a solution diplomatically will not remain open forever.

“We have demonstrated to Iran that continued refusal to address issues will only result in increasing pressure,” Cohen asserted. He stressed that 2012 was a very difficult year for the Islamic Republic, noting that oil exports dropped by 50%, along with the value of the Iranian Rial.

Cohen’s comments echo a New York Times’ report on Thursday,  that cited US and Western officials stating that Tehran has slowed its efforts to enrich uranium, in what could be construed as a sign that it wishes to prevent a “direct confrontation” over its nuclear program.

According to the report, Iran began in August to convert some of its uranium enriched to 20 percent into an oxide powder that can be used in its medical research reactor, but which cannot easily be used in a nuclear weapon.

Citing the latest quarterly report from the International Atomic Energy Agency, the Times reported that had Iran not diverted the enriched uranium to the non-military research reactor project, it would now have enough material for one atomic bomb and be close to possessing enough medium-enriched uranium for a second bomb.

Former IAEA head of inspections Olli Heinonen told the Timesthat Iran appeared to be trying “to take heat away so that things didn’t go over the tipping point.”

While the Times quoted US officials as expressing caution against drawing firm conclusions from the move, one American official said it appeared Iran was attempting to “put more time on the clock to solve this.”

Former US State Department intelligence analyst Greg Thielmann told the Times that the diversion of medium-enriched fuel to use in the research reactor could be seen as a “a negotiating signal, and a note of moderation.”

The report came as Iran started six days of naval drills in the Strait of Hormuz, the official IRNA news agency reported, maneuvers aimed at showcasing its military capabilities in what is a vital oil and gas shipping route.

Naval commander Habibollah Sayyari said the “Velayat 91” drills would last until Wednesday across an area of about 1 million square kilometers in the Strait of Hormuz, the Gulf of Oman and northern parts of the Indian Ocean, IRNA said.

Sayyari said the goal of the maneuvers were to show “the armed forces’ military capabilities” in defending Iran’s borders as well as sending a message of peace and friendship to neighboring countries.

Iranian officials have often said Iran could block the strait – through which 40 percent of the world’s sea-borne oil exports pass – if it came under military attack over its disputed nuclear program.