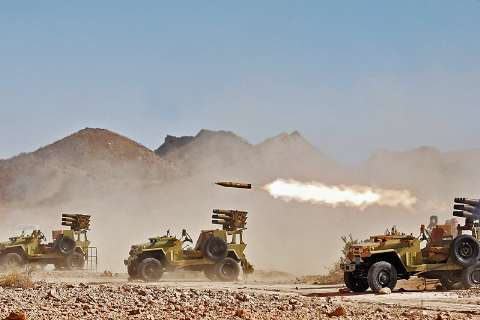 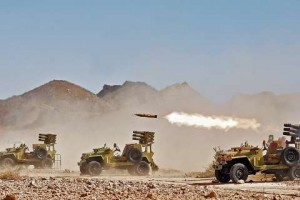 The highly-publicized “Velayat 91” exercises are taking place across a wide area from the Strait of Hormuz, a vital oil and gas shipping route, to the Gulf of Oman and northern parts of the Indian Ocean.

Naval commanders have made regular appearances on Iranian television since Friday saying the six-day drill would show how Iran could defend its territory.

“Today there are attacks from invading forces on our ports and coasts and engagement of them by marine units and special operations forces (from helicopters),” said commander Amir Rastegari, according to Fars news agency.

Cyber attack simulations and submarine and mine-laying exercises took place on Saturday, he said in a separate report on state news agency IRNA.

Israel has repeatedly threatened to launch strikes against Iran’s nuclear program which many in the West fear is aimed at developing an atomic weapons capability.

Iran says it is only interested in generating electricity and other peaceful projects.

Over the last year, commanders of Iran’s elite Revolutionary Guards have threatened to block the Strait of Hormuz if their country comes under attack.

The United States has responded by saying it would not tolerate any obstruction of commercial traffic through the Strait, which carries more than a third of the world’s sea-borne oil traffic.

Washington maintains a sizeable military presence in the region.