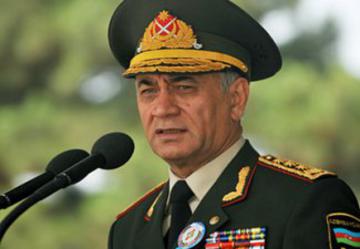 According to the news service for the Interior Ministry, warmly welcoming the guest, Ramil Usubov congratulated him on his appointment and wished him success in diplomatic activity, noting that it will give a new impulse to development of relations between Azerbaijan and Iran.

He told the guest about the difficult but glorious path of Azerbaijan after gaining independence, Armenia’s aggression against Azerbaijan, great role of national leader Heydar Aliyev in the development of the country, laying the state and economic basis, conduction of reforms in Azerbaijan under the leadership of President Ilham Aliyev, who follows the path of national leader of Azerbaijan Heydar Aliyev, including reforms in the Ministry of Interior, informed about the structure and activity of the Intrerior Ministry, criminal situation in the country and social stability.

Usubov stressed the potential for expanding cooperation between the law enforcement bodies of Azerbaijan and Iran in fighting crime.