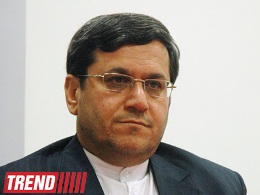 Iran says if no trans-regional threats, it will allow Parchin access

Qashgavi made the remarks during his speech at the Center for National and International Developments in Iran.

Speaking of Iran’s nuclear program, Qashgavi said that it has been operational, and transparent.

Washington and its Western allies suspect Iran of trying to develop nuclear weapons under the cover of a civilian nuclear program, while Iran denies the charges and insists that its nuclear program is for peaceful purposes only.

“The Western countries have to recognize our right for uranium enrichment. Creating and using nuclear weapons was never on our agenda,” Qashgavi said.

“We follow the Supreme Leader’s fatwa on use of nuclear weapons, and for us fatwa is higher than the law,” he added.

On Dec. 13, Iran and IAEA held nuclear talks in Tehran, and according to both agency’s representatives and Iran’s Ambassador to International Atomic Energy Agency (IAEA) Ali Asghar Soltanieh, the talks were constructive and positive.

Iran and IAEA have agreed to hold next round of talks on January 16, 2013.

Abbasi added, that according to the report of IAEA’s Board of Governors, the agency’s stance towards Iran has not changed.