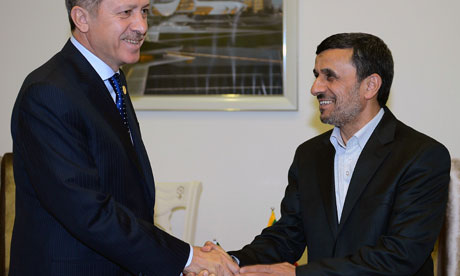 Turkey talks to Iran, US to press Iraqi PM 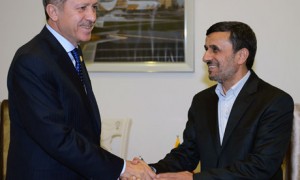 The Turkish capital aims to inspire the related parties to calm mounting ethnic and sectarian tension in the wake of the ongoing crisis over Sunni Vice President Tariq al-Hashemi.

Turkey is raising the pressure on the Iranian side to use its clout on the al-Maliki administration since the crisis is “likely to fuel sectarian tension in the neighboring country,” the same Turkish diplomat said.

Ankara’s involvement in the issue came upon a telephone call initiated by al-Nujaifi when the crisis erupted last week. Accusing Shiite al-Maliki of a political crackdown after troops raided the finance minister’s office and home, al-Nujaifi sought Ankara’s intervention by holding talks with the related parties.

Seeking to calm the tension, Ankara contacted both the U.S. and Iran, while Davutoğlu urged al-Issawi, member of the Sunni-backed Iraqiya bloc, to stay calm. As Davutoğlu asked Salehi to ease the tension by exerting his country’s influence on al-Maliki, Tehran downplayed the incident in the initial phone conversation.

Yet, at a press conference on Dec. 20, al-Issawi openly blamed al-Maliki for orchestrating the raids to target opponents, saying more than 100 bodyguards and staff had been kidnapped illegally by militias.

In subsequent phone conversations between Salehi and Davutoğlu, Tehran informed Ankara that some of the bodyguards had been released, but Turkey continued to express concerns about al-Maliki’s offense just after President Jalal Talabani suffered a stroke that could end his moderating influence in Iraqi politics.

Although some of the guards have been released, the crisis is not entirely over yet, and several Iraqis in Fallujah province have begun civil disobedience actions protesting the custody of Sunni al-Issawi’s bodyguards.

Protestors chanted for the administration to stop the discrimination against Sunnis and called for its resignation.

The Iraqi prime minister called for the protesters to calm down. The arrests came a year after the government arrested nearly 70 bodyguards assigned to Vice President Tariq al-Hashemi on terrorism-related charges. Then al-Hashemi himself was convicted of orchestrating death squads, a charge he dismissed as politically motivated.