Iran to support banks and economy with financial court 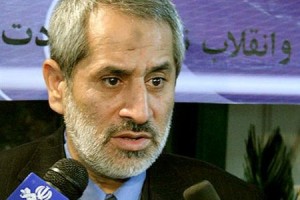 Iran will create a special court in charge of embezzlement of money and laundering money cases, as well as other financial crimes, the Prosecutor General of Iran Abbas Jafari Dovlatabadi announced today.

Prosecutor General said that the court is aimed at protecting domestic banks, as well as supporting the economic system of the country.

In the future, the new body is expected to work with relevant financial organizations and institutions on the issue of crime in the financial and economic sphere.

Dovlatabadi said that so far 80 people have been arrested in Iran for major financial fraud, and the court would help identify such crimes in the future.

A major case of Amir Mansour Arya, who was accused of using his influence on public officials to obtain letters of credit and the illegal bank loans, has been solved recently in Iran.