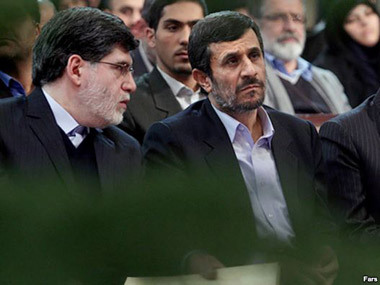 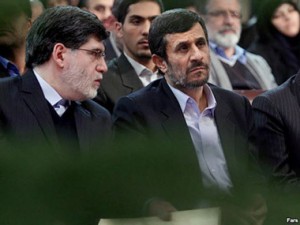 TEHRAN — Ali Akbar Javanfekr, a senior aide to Iranian President Mahmoud Ahmadinejad, returned to jail on Monday after a four-day parole during which he underwent medical treatment, the ISNA news agency reported.

“He went back to prison this morning,” the agency quoted Abbas Jafari Dolatabadi, Tehran’s prosecutor, as saying.

Javanfekr was admitted on Thursday to Tehran hospital for a “heart condition” after leaving the capital’s notorious Evin prison. During his stay in the hospital he received a visit by Ahmadinejad, Iranian media reported.

Javanfekr, who heads the official IRNA news agency, was arrested in September and sent to Evin for six months after he was convicted of publishing material deemed offensive to Islamic codes and public morality.

He has long been targeted by Iran’s hardline judges and ultra-conservative figures who see both him and Ahmadinejad as attempting to undermine religious principles.

His arrest, which took place when Ahmadinejad was delivering a speech at the annual UN General Assembly in New York, sparked infighting in the regime.

In October, Ahmadinejad wanted to meet him at Evin but was denied access by the judiciary which is controlled by hardliners close to Iranian supreme leader Ayatollah Ali Khamenei.