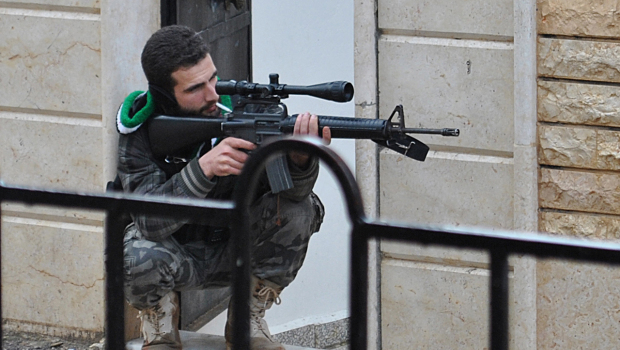 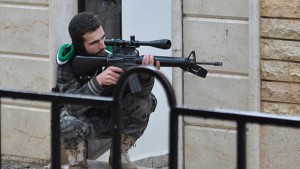 An Iranian website has reported that the head of Syria’s presidential guard has claimed rebels have used chemical weapons against his forces outside of Damascus. According to the report, three plastic bags filled with gas were thrown at Syrian soldiers, killing seven of them.

The commander said that each plastic bag had a button on it which releases a poisonous yellow gas when pressed and kills anyone who inhales within an hour. According to the report, a Youtube video shows rebels experimenting with nerve gas on rabbits.