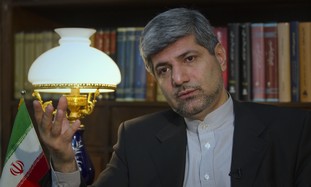 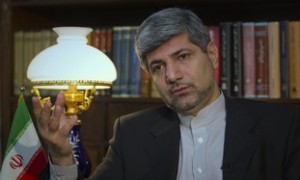 Iran has strongly condemned a recent resolution by the UN General Assembly on the situation of human rights in the country, saying it has been adopted by the world’s major rights violators.

“Unfortunately and in line with a trend established over the past few years, a number of Western countries led by Canada and the United States have passed a resolution against Iran with political objectives and under the delusional pretext of human rights violations [in the Islamic Republic],” Iran’s Foreign Ministry Spokesman Ramin Mehmanparast stated on Friday.

The fact that the anti-Iran measure was sponsored by countries which are themselves major violators of human rights proves the inefficiency of the UN human rights mechanisms and the Western states’ double standards toward the issue of human rights, Mehmanparast said.

He added that Iran has always been committed to supporting and promoting respect for its citizens under the Islamic laws and the principles of its Constitution.

Iran believes that the issue of human rights should not be misused to turn countries and civilizations against each other, Mehmanparast noted, saying that human rights must instead pave the ground for cooperation among nations and the exchange of experiences through mutual talks and respect.

The UN General Assembly on Thursday voted on a Canadian-sponsored resolution on alleged human rights violations in Iran. The 193-member body passed the measure 86-32 with 65 abstentions.

Iranian Ambassador to the United Nations Mohammad Khazaei lambasted the resolution in his address to the General Assembly on Thursday, saying it fails to reflect realities.

Khazaei denounced the hostile stances that certain countries have adopted on the human rights situation in Iran and warned that politicization of the issue can deal a blow to the concept.