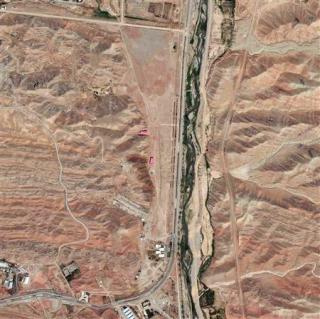 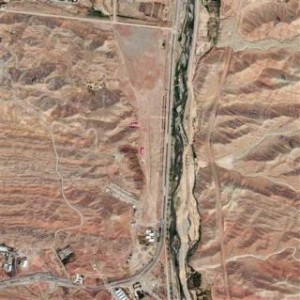 (Reuters) – The United Nations nuclear watchdog and Iran may have made headway in talks on Tehran’s disputed atomic activities but important points remain to be settled before a deal can be clinched, diplomats said on Wednesday.

Both the International Atomic Energy Agency and Iran said progress was achieved at a meeting last Thursday towards an agreement the IAEA says would allow it to resume a long-stalled inquiry into suspected atom bomb research in the Islamic state.

The IAEA, in a note to member states obtained by Reuters, said it “expects to be able to finalize” the framework accord on how to conduct its investigation in a new round of discussions in Tehran on January 16 and then to start implementing it.

Neither the IAEA nor Iran gave details on what kind of the progress they made in last week’s negotiations.

The talks are separate from but linked to broader diplomacy by six world powers to resolve the nuclear row with Iran before it unravels into a Middle East war, feared because of Israeli threats to bomb Iranian nuclear sites.

Diplomats accredited to the Vienna-based U.N. agency said they believed some issues of substance were still outstanding and suggested a successful outcome was not guaranteed.

A stubborn stumbling block, a Western envoy said, was Iran’s request that areas of the inquiry be declared closed once IAEA questions had been addressed. The U.N. agency wants to be able to return to issues if, for example, new evidence arises.

Another lingering issue, a second diplomat said, was Iran’s demand for access to the largely Western intelligence documents at the basis of the IAEA’s concerns about possible illicit military dimensions to its nuclear activity.

IAEA chief Yukiya Amano has said he was willing to provide documents to Iran “when appropriate”. But Western officials say it is difficult for the agency to do so when it has been given the material in confidence and secrecy by other states who may fear exposure of their sources if Iran sees the original files.

IAEA officials “do feel that there is room for optimism” about an agreement, a Western diplomat briefed about the December 13 negotiations in the Iranian capital said. But, “there is still work to be done to get to the final agreement”.

Another diplomat in Vienna said: “Differences still remain. We have been here before.”

That was a reference to a visit to Tehran by Amano in May, after which he said he expected to sign an agreement with Iran soon to unblock the agency’s inquiry, only to see it fail to materialize.

The Islamic Republic denies Western accusations that it is trying to develop the means to make nuclear weapons behind the guise of a declared civilian nuclear energy program.

The IAEA, whose mission it is to prevent the spread of nuclear weapons in the world, has been trying for almost a year to negotiate a so-called structured approach deal with Iran that would give it access to sites, officials and documents.

Western diplomats, who often accuse Iran of stonewalling and playing for time in its dealings with the IAEA, said that even if an agreement were to be reached what mattered was how it was carried out in practice.

“We really want to avoid a structured approach that is simply a gateway to further process,” one of the diplomats said.

The United States last month set a March deadline for Iran to start substantive cooperation with the IAEA’s investigation, warning Tehran the issue may otherwise be referred to the U.N. Security Council.

Iran was first reported to the U.N. Security Council over its nuclear program by the IAEA’s 35-nation board in 2006 and then was hit by U.N. sanctions, which have been expanded since.

In late 2011, the IAEA published a report with a trove of intelligence indicating past research in Iran which could be relevant for nuclear weapons, some which may still continue.

Iran’s refusal to curb nuclear activity with both civilian and military applications, and its lack of openness with the IAEA, have drawn tough Western punitive measures and a threat of pre-emptive military strikes by its arch-adversary Israel.

Analysts and diplomats say there is a window of opportunity for world powers to make a renewed diplomatic push to find a broader negotiated solution to the dispute after last month’s re-election of U.S. President Barack Obama.

The six powers – the United States, Britain, France, Germany, Russia and China – want Iran to scale back its uranium enrichment program and cooperate fully with the IAEA. Iran wants the West to lift punitive measures hurting its economy.

EU, Iran's nuclear program, Quoted, sanctions against Iran, UN nuclear inspector, US December 19, 2012
War ought to be last option on Iran: US
Iran describes deployment of Patriot missiles in Turkey as a trap