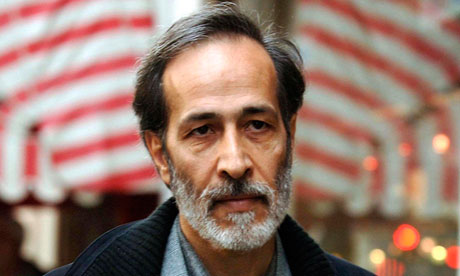 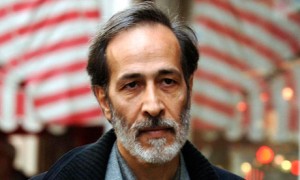 (Reuters) – A former Iranian diplomat arrested in London for trying to export night-vision weapons’ sights to Iran arrived back in Tehran on Tuesday after winning a six-year legal battle in Britain.

A British court last month blocked the extradition of Nosratollah Tajik, wanted by the United States after agents from the U.S. Department of Homeland Security posed as arms dealers seeking to sell the military kit in violation of arms embargoes.

“Tajik was welcomed by some officials and family members at Tehran’s Mehrabad airport,” the Iranian Students’ News Agency (ISNA) reported.

Tajik, a former Iranian ambassador to Jordan, was arrested in London in 2006. The High Court proceedings in November showed that Britain tried and failed to persuade the Americans to withdraw the extradition request to avoid endangering British diplomats in Iran.

Relations between Tehran and London have worsened in recent years because of Britain’s staunch support for sanctions against Iran over its disputed nuclear programme.

Britain’s embassy in Tehran was stormed in November 2011 over far-reaching sanctions imposed by London against Iran’s banking system. The embassy was evacuated and has since remained unstaffed. Iran says it nuclear programme is purely peaceful.

In retaliation, London expelled all Iranian diplomats shortly after the storming of the British embassy in Tehran.

Tajik, 59, spent years fighting extradition on grounds of ill health. The courts rejected these arguments in 2008 and he then appealed to the Home Office with new medical evidence.

The Home Office rejected his appeal in November 2011 and ordered his extradition. Tajik launched new court proceedings against the decision which culminated in last month’s ruling.

For three years the British government had asked Washington to drop the extradition request. It received no response for more than two-and-a-half years, a delay which led to the extradition being denied.

Before arriving in Tehran, Tajik told reporters at an airport in Muscat he would sue “the U.S. government for its sting operation and for the deterioration of my health (during) house arrest in the UK”.