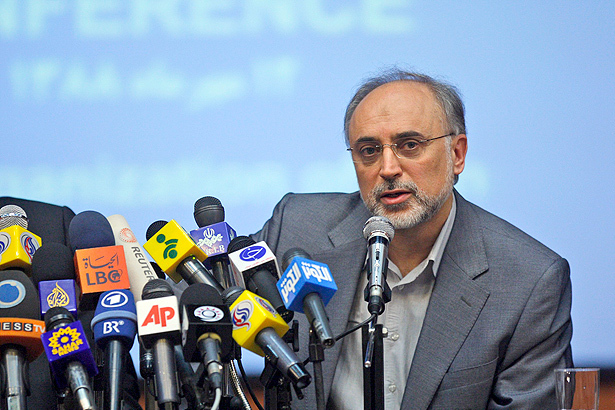 US claims of talks at odds with its hostile action against Iran: Salehi 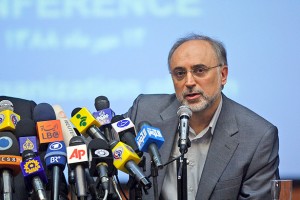 “Various American officials and administrations usually act contrary to their declared stances,” Salehi said on Monday in response to a question about the recent remarks by some US officials on the possibility of talks with Iran.

Salehi said Tehran is closely watching Washington’s behavior, adding that the Islamic Republic has not observed any change in the antagonistic policies of the US vis-à-vis Iran.

“Praising Iran for its help in establishing a national and democratic government in Afghanistan on the one hand and placing Iran in the so-called axis of evil on the other hand is merely one example of their contradictory stances and actions.”

“Their spying drones violate Iran’s airspace…; they violate all legal, moral and international laws by imposing the most unprecedented unilateral sanctions…; they collaborate in the assassination of our scientific elite or arrest our innocent citizens such as our university professors… and after all these actions against the Iranian nation, they raise the issue of direct negotiations,” Salehi said.
On November 30, US Secretary of State Hillary Clinton made claims about direct negotiations with Iran.

The United States, Israel and some of their allies accuse Iran of pursuing non-civilian objectives in its nuclear energy program. Washington and some its allies have used the pretext to impose a series of sanctions against Tehran.

Iran says its nuclear activities are entirely civilian, arguing that as a committed signatory to the nuclear Non-Proliferation Treaty (NPT) and a member of the International Atomic Energy Agency (IAEA), it is entitled to develop and acquire nuclear technology for peaceful purposes.

In addition, the IAEA has conducted numerous inspections of Iran’s nuclear facilities but has never found any evidence showing that Iran’s civilian nuclear program has been diverted to non-civilian purposes.