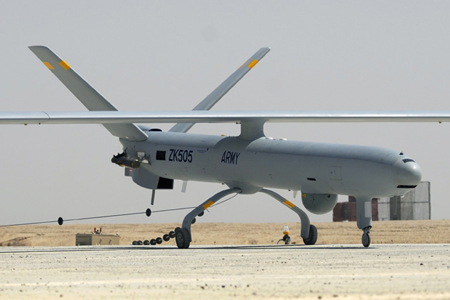 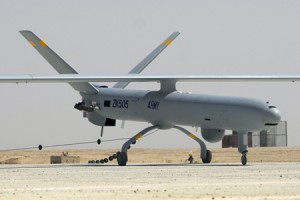 “We will use every opportunity to design all kinds of drones,” the Iranian defense minister said on Tuesday.

Vahidi said the Iranian Defense Ministry is duty bound to produce “various drones in every shape and with every technology,” adding, “The ministry will definitely mass produce a host of UAVs.”

Fadavi had announced on December 4 that a US ScanEagle drone had been captured by Iranian forces upon the aircraft’s intrusion into the Iranian airspace over the Persian Gulf.

Iran’s first indigenous long-range drone, Karrar, was unveiled in August 2010. The aircraft is capable of carrying a military payload of rockets to carry out bombing missions against ground targets, flying long distances at a very high speed, and gathering information.

Elsewhere in his remarks, Vahidi referred to the unrest in Syria and noted that the key role that Damascus plays in the anti-Israeli resistance front makes Tel Aviv a beneficiary of any instability in the Arab country.

“The developments in Syria only serve the interests of the Zionist regime (Israel),” the Iranian minister said.

He added that Tel Aviv had caused many problems for the Syrians and is now watching on as a crisis unravels in the Arab country.

Terrorists have held the Syrian people hostage in the Arab country and are “annihilating them in the worst possible manner,” the Iranian minister said.

Syria has been experiencing unrest since mid-March 2011. Many people, including large numbers of army and security personnel, have been killed in the violence.

Despite strong opposition from Russia, Syria and Iran, the NATO military alliance on Tuesday, December 4, 2012, approved Turkey’s request for the deployment of Patriot surface-to-air missiles along its border with Syria.

The decision followed Ankara’s formal request to NATO on November 21 to deploy the Patriot missiles on its border with Syria.