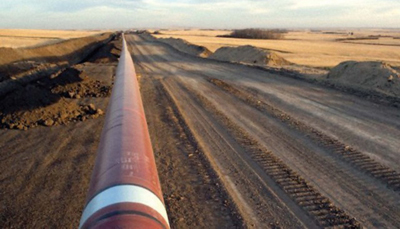 Iran plans to sign some new gas export contracts in the near future, the Iranian oil minister announced.

The country will start the construction of the Iran-Pakistan gas pipeline in 30 days, the Mehr News Agency quoted Rostam Qasemi as saying.

Iran also plans to commence construction of the Iran-Iraq gas pipeline, he added.

Qasemi went on to note that Iran has put a ban on the exports of some oil products. The Iranian oil minister put the country’s oil production capacity at four million barrels per day on December 2, ISNA News Agency reported.

“By the end of the plan, the country will also produce one billion cubic meters of gas,” he added.

Qasemi said in November that 775 million cubic meters (mcm) per day of gas could be extracted from the South Pars after all its phases come on stream.

Iran is currently producing 300 mcm per day of gas from South Pars. The country which sits on the world’s second largest natural gas reserves after Russia, has been trying to enhance its gas production by increasing foreign and domestic investments, especially in its South Pars gas field.

The Iranian gas field contains 14 trillion cubic meters of natural gas, about eight per cent of the world’s reserves and more than 18 billion barrels of LNG resources.