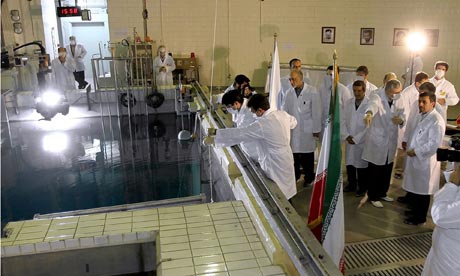 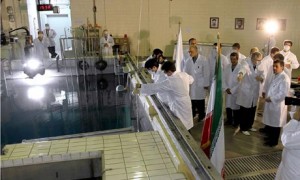 The secret, one-on-one nuclear negotiations President Barack Obama launched with Iran have run into a blank wall. A senior Iranian team member, Mostafa Dolatyar, said Friday, Dec. 14 in New Delhi that the diplomatic process for solving the nuclear issue with Iran was in effect going nowhere, because the demand that Tehran halt its 20-percent enrichment of uranium “doesn’t make sense.”

He went on to say: “They [the world powers] have made certain connections with purely technical issues and something purely political. In so far as this is the mentality and this is the approach from 5 + 1 (the Six World Powers) – or whatever else you call it – definitely there is no end for this game.”

DEBKAfile: The phrase “or whatever else you call it” may be taken as Iran’s first veiled reference to the direct talks with Washington that were launched Dec. 1 in the Swiss town of Lausanne.
Mostafa Dolatyar is not just a faceless official. He is head of the Iranian foreign ministry’s think tank, the Institute for Political and International Studies, as well as a senior member of the Iranian team facing US negotiators in Lausanne. His remarks were undoubtedly authorized by the office of Supreme Leader Ayatollah Ali Khamenei who, through him, posted a message to Washington: If the enrichment suspension demand stands, the game’s over.

After more than 15 years of on-and-off, largely aimless, nuclear diplomacy with world powers and evasive tactics with the UN nuclear agency, Tehran is for the first time showing signs of impatience and not just is usual disdain. This is because two things have changed:

1. For all those years, Tehran availed itself of every diplomatic opening for protracted bargaining about its nuclear program for the sake of buying time, free of pressure, to push that program forward. Now, the Iranians are telling the US and Europe that they have arrived at their destination. For them, time is no longer of essence, as it may be for the West.

2.  The second development was revealed on Dec. 5 by The Wall Street Journal in a short leader captioned “From Bushehr to the Bomb.” This revelation was not picked up by any other Western – or even Israeli – publication despite its sensational nature.
Drawing on US intelligence sources, the paper suggested that the withdrawal of 136 fuel rods from Iran’s nuclear reactor at Bushehr in mid-October – on the pretext of wandering metal bolts – and the rods’ return in the last week of November “could have been a test run for the Iranians should they decide to reprocess those rods into weapons-grade plutonium.”

American, Russian and Israeli nuclear experts have always maintained that the technology for extracting plutonium from fuel rods was too expensive and complicated to be practical – and certainly beyond Iran’s capacity.
The Wall Street Journal begs to differ:  “…experts tell us that the rapid extraction of weapons-usable plutonium from spent fuel rods is a straightforward process that can be preformed in a fairly small (and easily secreted) space.”

This means that Tehran can easily manufacture plutonium bombs without building a large plutonium reactor like the one under construction at Arak.

The paper goes on to reveal that, by this method, Iran could extract 220 pounds (just under 100 kilos) of plutonium, enough to produce as many as “24 Nagasaki-type bombs” – a reference to the World War II bombing of the Japanese city on Aug. 9, 1945.

One of those bombs – nicknamed “Fat Man” (after Winston Churchill) – is equal to 20 kilotons.
DEBKAfile’s military and intelligence sources note that if this disclosure represents the true state of Iran’s nuclear program, the game really is over. The diplomacy-cum-sanctions policy pursued by the West to force Iran to abandon enrichment and shut down its underground facility in Fordo has become irrelevant.  So, too, have the red lines Israeli Prime Minister Binyamin Netanyahu drew so graphically before the UN Assembly on September 27.

What Mostafa Dolatyar was saying in effect is that Iran has outplayed its adversaries up to the game’s finishing line.