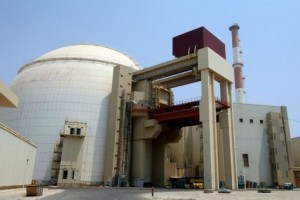 The Washington Post is reporting that nuclear negotiations between six major powers and Iran could resume soon, probably in Istanbul.

Initial meetings could begin as early as next week, though they are more likely to start after the New Year’s Day holiday.

These new round of talks was originally expected to take place at the end of November, soon after the US presidential election, but were delayed while the six-nation negotiating group (US, UK, France, Germany, Russia and China), considered what they were going to put on the table.

According to the Post, that will look rather similar to what was put on the table at abortive talks in the summer: no new sanctions, a lifting of the ban of sales of aircraft parts to Iran, and help with peaceful nuclear power generation, in return for Iran stopping its production of 20%, or ‘medium-enriched’, uranium, the removal of its existing 20% stockpile and the closure of its underground enrichment plant at Fordow.

Reading between the lines somewhat in the Post article, the enhancements in this updated offer to Iran are to be back-loaded. Much greater inducements, like sanctions relief and ultimate acceptance of Iran’s right to make low-enrichment uranium, would be available further down the road in return for further Iranian concessions, and this “grand bargain” would be spelled out more clearly.

In the short term, however, Iran would be offered very little more. Here is the key, rather odd, quote from a senior administration official:

The package has the same bone structure, but with some slightly different tattoos

If true, this is a harder-nosed approach than I expected on the basis of conversations with diplomats back in October, when it looked like some more significant sanctions relief would be offered up front. It seems that Washington believes that the intense and deepening sanctions on Iran will be enough to get 20% enrichment halted and stop the clock on Israeli military action. This is what the senior official told Joby Warrick of the Post:

Our assessment is that it is possible that they are ready to make a deal…Certainly, the pressure is on.

If a deal is done on this basis, it will seen by western governments as a vindication for the tough sanctions policy of the past year. But the approach is high risk, and will backfire if Tehran feels it is being humiliated. In October, western officials said that they acknowledged that for the deal to work, Iranian negotiators had to be able to go home and plausibly claim victory. By contrast, the tattoos remark seems designed to do the opposite – emphasis the superficial, decorative enhancements to the new offer.

This is one guess at what is happening. In the absence of a new secretary of state there is no final US decision on a fundamentally new approach. Meanwhile, there are signs of give from Tehran. Iranian officials have been cooperative enough with the International Atomic Energy Agency (IAEA) to make the agency believe (again) that they willgo along with an investigation into possible past nuclear weapons work. At the same time, Tehran has got on the phone and called for a meeting with the six powers in the next few days, leading Washington to believe it is desperate and ready to give in over 20% enrichment.

We shall see. In the past, Iran has agreed to meetings and signed up to investigations as a way of alleviating pressure, and then just tried to keep the ball in play without giving anything substantial away. That is quite another thing from making major strategic decisions under outside pressure.