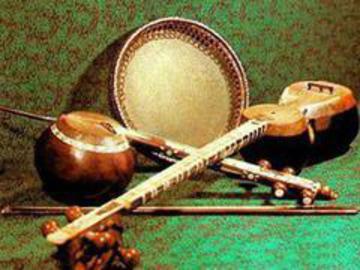 The inclusion of the art of playing on the tar in the UNESCO Representative List of Intangible Cultural Heritage of Humanity as part of the Azerbaijani culture has caused a serious outrage in Iran.

“This is a gross distortion of the history of music in the region, said head of Iran’s House of Music Dariush Pirniakan (Tehran Times).

“This instrument has come to Azerbaijan from Iran. After some changes in the instrument, they (Azeris) announced it as a Turkish tar,” said Pirniakan.

He questioned the belonging of tar to the Azerbaijani culture, stating that if the tar is a Turkic instrument, why it is used in the performance of the Iranian music of mugam and desgah.

Intergovernmental Committee for the Safeguarding of the Intangible Cultural Heritage has included the art of playing on the tar at the initiative of Azerbaijan during the 7th meeting at the headquarters of UNESCO in Paris last week.

“Tar must be listed as a joint Iranian and Azeri instrument to eliminate the historical error,” said the Iranian tar player.

He accused the Iranian representative to UNESCO for inaction on this issue, saying that the House of Music plans to file a protest, and write to the Minister of Culture and Islamic Guidance.

According to the chairman of the Board of Directors of the Music House, Mohammad Sarir, the organization led by him asked a group of experts to study the issue.

“This is an international problem that cannot be discussed without a thorough investigation,” he stressed.

In turn, the Azerbaijani Ministry of Culture and Tourism announced that official protest or discontent was not filed either by the Iranian structures, or by UNESCO.

“Tar is an ancient Azerbaijani instrument. When applying for introducing the art of playing on the tar by Azerbaijan in the list of Intangible Cultural Heritage, the documents were carefully examined, said Ministry spokesman Intigam Humbatov.

According to him, such a powerful organization like UNESCO considered this evidence credible, bringing the art of playing on the tar to the list of heritage.