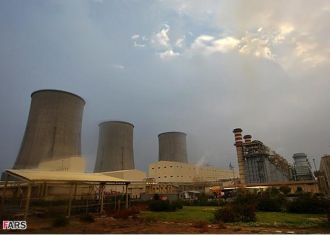 A thermal power plant, with a generation capacity of 2.8 gigawatts, was officially inaugurated on Tuesday in Pakdasht, a city near Tehran. The project started in 2003 and cost €270 million plus 5 trillion rials to complete, IRIB reported. The facility, which is the largest thermal power plant in the Middle East, increases the national electricity generation capacity by 6 percent.

TEHRAN — An Iranian national has died hours after he was detained by police in a city in the Netherlands, the Dutch news agency reported. The national, 40, was detained on Sunday, December 9, in a street in the city of Utrecht. According to the report, Dutch police have started investigation into the death of the national. There was no word about the identity of the person or the reason behind his arrest.

Iranian Deputy Foreign Minister Abbas Araqchi has said that Iran and the International Atomic Energy Agency (IAEA) will hold a new round of talks in Tehran on Thursday to devise a new modality for cooperation. In an interview with the Persian service of the Fars News Agency on Tuesday, Araqchi said that Iran and the IAEA will hold technical talks “to determine a framework and modality for cooperation.”

Obama may set the stage for an agreement with Iran in second term: researcher

A researcher at the School of Oriental and African Studies (SOAS), University of London, says in his second term President Barack Obama may set “the stage for an agreement” with Iran.

“Given that Obama will not have the pressure of being re-elected, the stage for an agreement between both sides, may be sufficiently set,” Ali Fathollah-Nejad tells the Mehr News Agency in an interview.

Leader: US against Islamic Movements

Leader of the Islamic Revolution Ayatollah Seyyed Ali Khamenei said on Tuesday the notion that the US may come to terms with Islam and Islamic movements is a mistake.
In a meeting with hundreds of scholars, academics, thinkers and researchers participating in the International Conference of Muslim University Professors and Islamic Awakening, Ayatollah Khamenei said that ‘any notion that the global arrogance, led by the US, may come to terms with Islamic movements is wrong’, Press TV reported.
“Wherever Islam and Islamic movements are present, the US will make every effort to eliminate them.
“The enemies are afraid of the phrase Islamic Awakening and try not to use it,” Ayatollah Khamenei said, adding that the enemies also fear an Islam which is practiced by large numbers of people.

Foreign Ministry spokesman Ramin Mehmanparast has urged the International Atomic Energy Agency (IAEA) to protect confidential information on Iran’s nuclear energy program.
“The agency’s officials should exercise greater care in protecting our country’s documents since the leakage of some information in the past has led to the assassination of several Iranian nuclear scientists,” Mehmanparast said in his weekly press conference on Tuesday.

The purpose of establishing the IAEA was to help countries run scientific and peaceful nuclear programs and to eliminate military oriented nuclear agenda. This agency is supposed to be independent and help the members but at least in the case of Iran, this never materialized.

The two-day conference was opened with the inaugural speech of Secretary General of Iran’s World Assembly of Islamic Awakening and the senior advisor to the Supreme Leader of the Islamic Revolution Ayatollah Seyed Ali Khamenei, Ali Akbar Velayati.

He stressed that the triumph of Gaza in war against the Zionist regime is considered as a great achievement of the Islamic Awakening.

$12b Petchem Contracts Signed Despite Sanctions

Speaking to Mehr news agency, Abdolhossein Bayat made the remarks and added new investment packages in Iran’s petrochemical industry will be introduced to foreign and domestic investors in the near future.

The investment packages are valued between $20 million to $4 billion, he said, the technical, financial and economic assessments of the projects are currently underway, adding the projects will be offered to the investors in the near future.

IRNA reporter in Beijing quoted Japanese Customs Department as saying that since the beginning of December, Japan has imported 186,000 bpd Iranian crude oil.