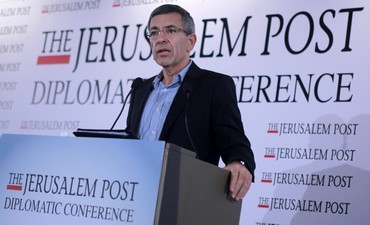 Nehushtan: Time is on Iran’s side 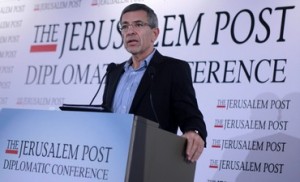 Time is on Iran’s side as it continues to make progress on its nuclear program, former Israel Air Force commander Maj.-Gen. (res.) Ido Nehushtan told diplomats at The Jerusalem Post Diplomatic Conference in Herzliya on Wednesday.

Asking the audience to imagine the implications of a nuclear-armed Iran, Nehushtan cited the 1962 Cuban missile crisis between the US and the Soviet Union, which he said was cleverly managed and peacefully resolved by two responsible leaders at the time.

“Can you manage a crisis like this vis-a-vis a radical Islamic regime?” he asked, noting that a nuclear Iran would create a multi-nuclear Middle East. “This is a hot area, not built for cold wars,” he added. “It’s not an Israeli problem, but a regional and a world problem,” he added.

With regards to Tehran’s nuclear program, “time is working only for one side… the Iranian side, by definition,” he warned. “As time goes by, it becomes less and less possible to stop this problem,” Nehushtan said. “The Iranians are masters of negotiations. They invented the game of chess. They know how to do the business. Time is working on their side.”

Nehushtan said a “global toolbox” is in place to prevent a nuclear Iran, adding that “sanctions are having an impact, but so far, they have not achieved their goal [to stop the nuclear program]. This toolbox has to be filled with all the options, all the time, in a credible manner.”

Nehusthan described Syria as being in possession of the largest chemical arms arsenal in the Middle East, “if not the world. Who is running the business there? The global jihad is there. Iran and Hezbollah are heavily invested. The danger of chemical weapons… is that it could fall into the wrong hands. This is a nightmare not only for Israel and other neighbors [of Syria], but for the entire world. The combination of terrorism and weapons of mass destruction.”

Earlier, the former air force commander turned his sights on the turmoil rocking the Middle East, describing the period as historic, and filled with threats. “The [1912] Sykes-Picot order is gone,” he said, referring to the British-French imperial division of the Middle East, which gave rise to the regional map of states. “A new order has yet to take shape. We’re in a very fundamental process of transition.”

Nehushtan said that “the big winner so far is political Islam,” adding, “What started as an earthquake coming from youngsters became a big winner of political Islam.” He noted the Islamist forces are rising to power with the slogan that “Islam is the solution” in Egypt, Tunisia, and Gaza. “Now have to deliver some solutions to the people,” he said.

He highlighted the penetration of global jihadi forces into destabilized areas, especially Syria, and the increasing proliferation of weapons from Libya, Iran, and other countries.

Overall, the region is “less stable, more inflammable, and more religious,” he said. “Solutions are very difficult to come by.

Addressing last month’s IDF operation to stem rocket attacks from Gaza, Nehushtan said the conflict should be seen “as part of a larger context to fine something that is unique to the world: Rocket terrorism.”

He said no country other than Israel has had to deal with large scale rocket attacks on its  civilian populations in the post World War Two era, and called on the world to reject rocket attacks as illegitimate. “It’s something you cannot do among peoples, especially if you want to become a people.

Nehushtan praised the operation as being based on very accurate intelligence, adding that the air force engaged in precision strikes on targets despite operating in a highly populated urban area, a combat zone he described as “a nightmare.”

The Iron Dome rocket shield had disrupted the cost-benefit calculations of terror organizations on Israel’s borders, he argued. “Everyone, even terrorists, Hamas, Hezbollah, when engaged in violence, make very precise calculations. They know the effect they want to create and they know the price they have to pay. The is cost is there… but the benefit for them, harming Israeli civilians is far less… 90 percent less. That really disrupts the calculations,” Nehushtan said.

“[The Iron Dome] is a tactical system, but with strategic implications…. the different groups around us don’t have one tank, not one aircraft. Nothing. [They have] only rockets aimed upon civilians.”