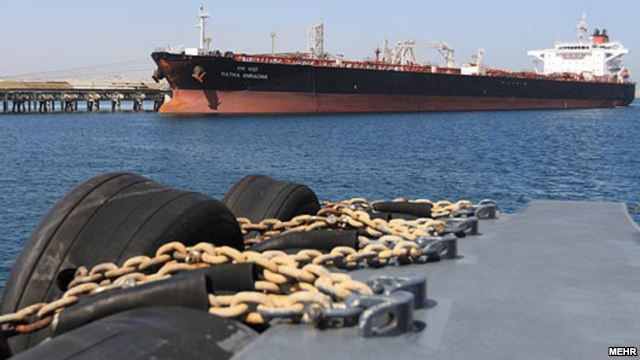 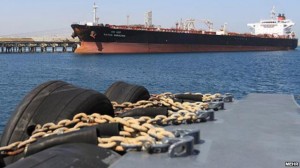 are cutting ties with Iran’s vital shipping sector, which transports most of its crude oil, for fear of losing lucrative U.S. business.

and environmental standards for Iranian vessels – a requirement for insurance and access to ports.

“During the past months due to direct and indirect measures taken by some governments, unfair and undue restrictions have been imposed against Iran’s commercial shipping industry,” said Ali Akbar Marzban, Iran’s deputy permanent representative at U.N. shipping agency the International Maritime Organization (IMO).

“We strongly believe that these measures undoubtedly would have an adverse impact on regional and international maritime safety, security and pollution prevention and would hamper relevant international co-operation,” he said in a comments made at the IMO in London.

China and other countries in Asia, including South Korea continue to buy Iran’s oil, but the loss of certifiers has raised concerns over the quality of insurance cover and future maintenance of Iranian ships.

Iran is under growing pressure over its nuclear program, which the West suspects of having a military purpose despite Tehran’s denials.

Last month the China Classification Society became the last of the world’s top 13 companies in the field to confirm it had stopped providing verification services for Iran’s fleet.

The world’s top 13 certifiers are all members of the International Association of Classification Societies (IACS) and some of them had provided Iran with cover.

Marzban said a letter sent by one IACS member indicated that it was impossible for the company to continue providing safety services to Iran “in an attempt to avoid consequences resulted from restrictions imposed by some governments on them”, adding that other IACS members had also halted their work.

“As a result, providing maritime safety and technical services even to foreign flag vessels within Iranian territorial waters has been stopped,” he told a session of the IMO’s Maritime Safety Committee on November 30.

“The government of the Islamic Republic of Iran … expresses deep concern over such unfair restrictions and discriminatory actions,” he said in comments that were first reported by Iranian media last week and confirmed on Tuesday to Reuters by Iran’s IMO delegation in London.

The IMO on Tuesday said the statement made by Iran would be included in the final report of the Maritime Safety Committee’s 91st session, declining further comment.

The IACS classes more than 90 percent of the world’s merchant fleet. There are more than 50 classification societies.

British classifier Lloyd’s Register, among the world’s biggest, said in April it had withdrawn from Iran, citing sanctions pressure. Its chief executive told Reuters last week Western pressure has increased risks including the danger of an Iranian vessel spilling oil on another country’s coast.

Marzban said the measures went against the objectives of international maritime conventions.

“We strongly believe that, these actions would seriously affect the maritime safety, security and the marine environment of the whole maritime community – something that needs our attention and outmost care of IMO member states,” Marzban said.