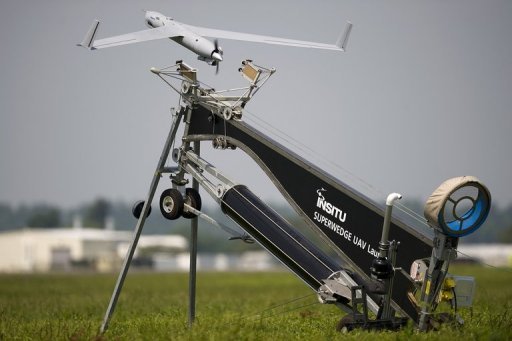 Iran claims it shot down US ScanEagle drones in the past 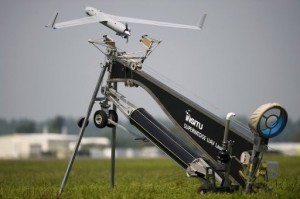 AFP – Iran has in the past shot down more spy US ScanEagle drones, a model of which it claimed to have captured recently, media reports said Tuesday, quoting a senior military official.

“We had already shot down this type of drone, (copies of which) are being produced in the country,” said Brigadier General Amir Ali Hajizadeh, the commander of the Revolutionary Guards’ aerospace division.

The Guards claimed last week to have captured a US-operated ScanEagle drone, a short-range unmanned aircraft, in Iranian airspace but gave no details about how it was captured, nor where or when.

State television showed images of what it said was the drone: a grey, unmarked vehicle suspended in a hangar seemingly intact.

The United States denied losing such a drone recently.

Hajizadeh did not say when Iran had downed the ScanEagles — used by US and allied forces in Iraq and Afghanistan as well as Australia, Canada, Poland and the United Arab Emirates, according to Boeing background information.

ISNA news agency quoted him as saying: “We have got our hands on copies of this drone which had already crashed or we captured them.”

Hajizadeh said the recent capture of the drone, however, did not provide Iran with new technology, adding that “we are currently producing its copies.”

A Guards spokesman said last week data had been extracted from the drone, which had led to Iran finding “what the Americans were looking for”.

A year ago, Iran displayed a bigger and vastly more sophisticated US drone, a bat-winged stealth RQ-170 Sentinel, it said it had captured by hacking its guidance system and said it would reverse-engineer the drone to make its own.

Hajizadeh also said Iran had now “fully deciphered” all data saved on the RQ-170. He did not elaborate further.

The ScanEagle that Iran says it now possesses is a much cheaper, simpler drone than the RQ-170. It is principally designed to feed back video images over a radio link to operators up to 100 kilometres (60 miles) away.