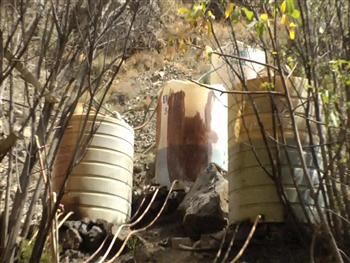 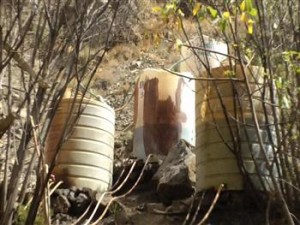 Oil smugglers have built a three-kilometer pipeline crossing the Turkish-Iranian border in the eastern province of Hakkari to transfer crude oil to Turkey, according to officials.

The smugglers’ facility also includes a small refinery and five storage tanks, each with 5,000 liters of capacity, close to the center of the province’s Şemdinli district, officials also said yesterday.

The gendarmerie also found a two-room barracks near the facility, while the Hakkari Governor’s Office also reported the discovery of a power generator. Police and gendarmerie teams disassembled the pipeline while seizing materials and gas before launching a probe into the illegal trade.