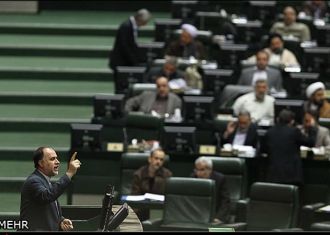 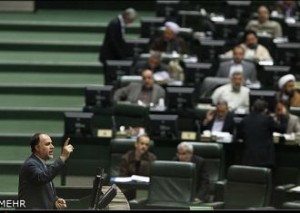 TEHRAN – Education Minister Hamid Reza Haji-Babaii attended an open session of the Majlis on Sunday and provided explanations about the recent fire incident at a school in northwestern Iran in which about 30 girl students suffered burns.

The incident took place on December 5 in the village of Shin Abad in the city of Piranshahr, which is located in West Azerbaijan Province.

One of the students succumbed to her injuries on Sunday.

A number of the MPs had called on Haji-Babaii to resign over the incident.

In his speech, the education minister said, “The school has 178 students, 36 of whom were attending the class.”

He stated, “The school has a janitor. Before the start of the class, the janitor poured oil into the heater, made by the Arj Company, and oil leaked out of the heater. When the heater was turned on, the spilled oil caught fire. Despite the fact that the Education Ministry had provided schools’ authorities and service staff with in-service training, certain points were not taken into consideration on the day of the incident.”

Haji-Babaii explained that after the heater caught fire, the teacher called another teacher and the janitor to take the heater out of the class, but the heater fell over and the fire spread.

The incident would not have happened if the students had been taken out of the class, he said, adding that the Education Ministry will take any measure necessary to help the students recover and will pay for their treatment.