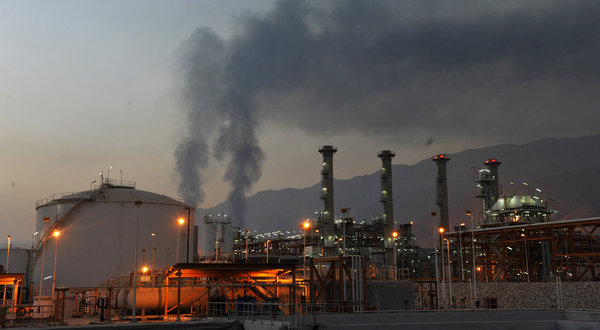 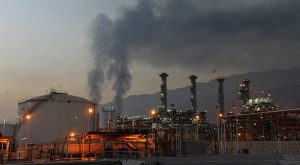 (Reuters) – Sanctions imposed on Iran over its nuclear program have pushed the country into recession, a global association of financial services said on Monday.

Crude oil exports have dropped sharply, the Iranian rial has plummeted and inflation has soared in 2012, the Washington-based Institute for International Finance said in its report on the Middle East and North Africa.

The West suspects Iran is enriching uranium to levels that could be used in weapons and the U.S. Senate is considering a broader set of economic sanctions on Iran’s energy, port, shipping and shipbuilding sectors.

Tehran says its nuclear program is for civilian purposes.

During the 2012/2013 fiscal year “with crude oil prices holding at around $110 per barrel, government revenues from oil (which accounted for about half of its total revenues in previous years) could drop by at least 40 percent,” it said.

The Iranian government has started consolidating public spending to offset a fall in revenues, it added.

The rial has been “steadily depreciating this year as foreign currency inflows have been garnered by the central bank for use in payment for government imports and to meet essential import needs,” it said.

Iranian officials at first sought to downplay the effect of sanctions, but in recent months have acknowledged their impact on the economy, saying Iran must use the sanctions as an opportunity to wean itself off heavy dependence on oil.

Iranian parliamentarian Gholamreza Mesbahi Moghaddam, who sits on the parliamentary budget committee, said in November the state budget for the next fiscal year may assume exports of just one million barrels of oil per day, about half volumes shipped in 2011.

The economic problems have also contributed to sharper criticism of President Mahmoud Ahmadinejad by his rivals in parliament, worsening divisions within the government.

The IIF report said that the economic conditions could have serious political and social implications as the country approaches mid-2013 presidential elections.

“As the economy enters a recession, the regime faces pressures from rising public unrest and discontent within Parliament,” the report said.