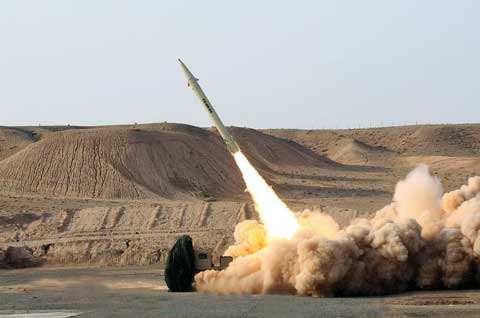 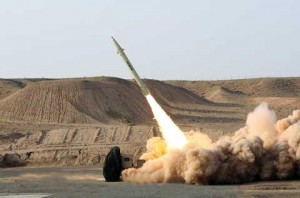 Palestinian parents in the Gaza strip are naming their newborn babies after Iranian-made Fajr-5 rockets as a way to show gratitude to the Islamic Republic for its support during the recent eight-day Israeli war, Press TV reports.

Muhammad al-Shafi’i Abu Nassat, a Gazan father named his newborn baby Fajr on Friday to show his appreciation to Iran for providing the resistance with the rockets that “struck the enemy for eight days,” Gazan Media reported.

In Northern Gaza, a Palestinian mother also named her child Fajr, saying she picked out the name even before she went into labor last week.

Amira Abu Assus said that her child would have “a bright future within the Palestinian resistance. He would carry the rockets whose names he bears so as to free Palestine from Israeli occupation.”

Iran supplied the Palestinian resistance movement with the technology to develop Fajr-5 rockets, which hit Tel Aviv and al-Quds (Jerusalem).

The rockets were fired from the Gaza Strip in response to an Israeli onslaught on the besieged territory from November 14 to 21, 2012, in which over 160 Palestinians, including women and children, were killed and about 1,200 others were injured.

On November 21, Egypt announced that the Israeli regime and the Palestinian resistance movement, Hamas, had reached a ceasefire agreement under which the Palestinians and Israelis agreed to end all hostilities.

The Gaza Strip has been under an Israeli blockade since June 2007, which has resulted in mass unemployment, extreme poverty and food price hikes.

The Israeli regime has repeatedly refused to lift the Gaza Strip blockade.