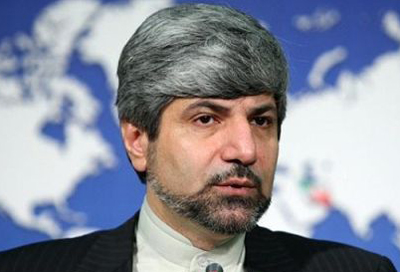 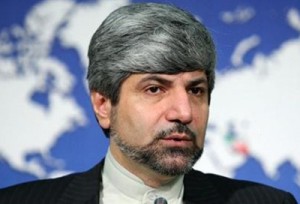 This was stated by the spokesman of the Ministry of Foreign Affairs, Islamic Republic of Iran, Ramin Mehmanparast.

Talking to media persons at a local hotel on Saturday, he said that there was a huge capacity and potential for fostering cooperation in diverse areas between the two countries.

Ramin, who is also the Vice-Minister for Public Diplomacy, stated that the political relations between Pakistan and Iran are excellent and referred to the visits of high ranking delegations of the two countries.

He was of the view that the bilateral trade of one billion dollars between Pakistan and Iran was not enough and that this should be enhanced in accordance with the capacity and potential that exists. Banking sector’s cooperation between the two countries was also important to augment trade and business activities, he added.

Ramin said that Iran can assist Pakistan in the energy sector- with the provision of crude oil, gas and electricity and that Iran can import from Pakistan commodities such as rice, wheat and other items.

He pointed out that Iran-Pakistan Gas Pipeline was one of the important projects and hoped that `We can implement it very soon’ adding that this is being completed inside Iran by the month of March.

Iranian side is ready to finance this project in Pakistan with 250 million dollars and that discussions between the experts and professionals can be held to reach an agreement to enhance this investment further.

Ramin also emphasised the need of cooperation between the media of Iran and Pakistan in order to portray the true perspective, reality and image of each other’s countries.

He also called for increased cooperation between the two countries in the realms of tourism.

The spokesman of Iranian Ministry of Foreign Affairs was of the view that after 32 years of sanctions from the United States and European countries, Iran made headway in science and technology also.

He was of the view that regional countries with the spirit of cooperation can solve their own problems as we need security, stability and peaceful situation in our countries.

Replying to a question, Ramin said that the best way for resolution of the Afghanistan issue is that the American forces should leave Afghanistan.

He said that we are ready to solve every crisis in the region as well as the Afghan situation as the cooperation among the regional countries is the best way in this regard. The Afgan people can manage their country very well, he added.

Ramin said that there is a need that all the Islamic countries should enhance cooperation for making headway.

The Consul General of Iran in Karachi, Medhi Subhani, was also present on the occasion.