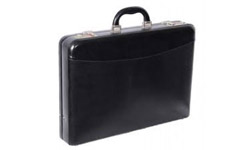 The ID Kit was unveiled at the opening ceremony of a scientific conference on knowledge management and knowledge-based police attended by Iran’s Police Chief Brigadier General Esmayeel Ahmadi Moqaddam here in Tehran on Saturday.

Head of the Medical Center of the Iranian Police Ali Majidi announced that the kit was jointly developed by the center and the Research Organization of the Iranian police and a number of local science and research centers, adding that only 3 to 4 world countries have the technology to produce such kits.

“ID kits are used in identifying crimes as well as diagnosing special genetic and hereditary illnesses,” Majidi said, adding that the Iranian ID Kit has been produced at a cost one-third of its foreign rival.

Iranian officials have stressed the country’s determination to continue scientific advancements regardless of the sanctions and restrictions imposed on the country by the West.

In October, Supreme Leader of the Islamic Revolution Ayatollah Seyed Ali Khamenei hailed the country’s experts and scientists for their strenuous efforts which have resulted in Iran’s rapid scientific advancement, and urged the country’s researchers not to hesitate one moment about continuing their firm movement on the path of progress.

Ayatollah Khamenei said that Iran is lagging behind the world’s top countries in area of science and technology because it had been ruled by dependent, ignorant and autocratic rulers for centuries.