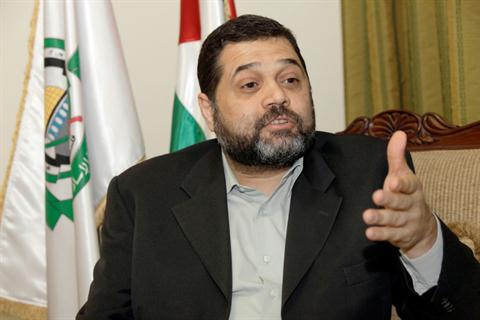 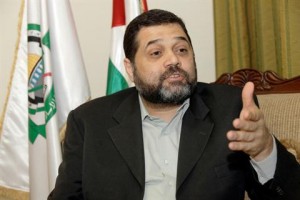 BEIRUT: Differences over Syria have not affected ties with Hezbollah and Iran, a senior Hamas official told The Daily Star, but he admitted some Iranian aid had been cut after Hamas severed ties with their former host.

Osama Hamdan, a Hamas politburo member, said it was important to separate Iran and Hezbollah’s historic support for the resistance to Israel from the current crisis in Syria.

“Trying to restrict discussion of ties with Iran to what is happening in Syria is wrong and does not benefit anyone in the relationship,” Hamdan said during an interview at the Hamas offices in Beirut late Wednesday.

Hamas, which has ties to the Muslim Brotherhood, quit its headquarters in Syria earlier this year, following the onset of the anti-government uprising.

Hamas’ leaders have maintained that their position on the Syria crisis is neutral, insisting that their support for the people does not equate to enmity with Assad. Nonetheless, the split with Damascus has prompted ongoing speculation that Hamas’ ties with Syria’s main allies and traditional Hamas backers, Iran and Hezbollah, have been a casualty of the move.

Hamdan, 47, who served as a Hamas official representative in Iran for four years, acknowledged some differences but insisted Hamas’ policy toward Iran had not shifted.

“We didn’t have any changes in our policy toward Iran,” he said.

“The difference about the Syrian crisis spilled out on the support to the Cabinet of Haniyeh, but for us this is not the base, the base is that Iran supports the Palestinian resistance,” Hamdan said.

The status of the relationship was brought to attention again, after the recently negotiated cease-fire between Gaza and Israel, following a weeklong Israeli offensive against the Gaza Strip.

The cease-fire agreement was widely hailed as a political coup for Hamas, which, under negotiations brokered by a newly elected Brotherhood government in Egypt, won a greater degree of Western recognition and secured clauses guaranteeing the opening of border crossings to the Israeli blockaded Gaza Strip for goods and people.

“The Egyptian mediation was a major strike to the political blockade imposed internationally against Hamas. Hamas had ties at the international level with Russia and the African and Latin American regions, but for the first time, the West, represented by the United States and Europe, get in the line of negotiations, without a request by Hamas, but to save [Israeli Prime Minister Benjamin] Netanyahu from the trouble he was in,” Hamdan added.

“The agreement reached, is thus not just a cease-fire, but a political achievement to the resistance as well.”

In announcing the cease-fire terms, Hamas leader Khaled Meshaal thanked both Iran for Iranian-supplied Fajr 5 rockets, which reached Tel Aviv from Gaza for the first time, but also – notably – thanked Egypt for their critical role in brokering the deal.

“Meshaal thanked everyone who supported the resistance in the latest aggression. But let me say it clearly, in the 2008 war against Gaza, it was clear that only one side [Iran], stood by us, but in this war, other groups supported us as well,” Hamdan said.

“The Egyptians supported us and their stance was very different from their previous stances [under deposed President Hosni Mubarak’s era],” he said, but refused to compare the level of support offered by each country.

He also denied media reports that Qatar, now hosting Meshaal following his exit from Syria, had offered financial assistance for a truce with Israel.

When asked whether Hamas had any ties with the Syrian opposition, Hamdan was diplomatic.

“When Hamas was in Syria, it had relations with all parties and groups and not just the regime. The regime was aware of that. Hamas has not cut any relations, but of course doesn’t allow its ties with any group to be a reason for interfering in Syria’s internal affairs.”

Hamdan insisted the new arrangements resulting from the conflict in Syria had not affected ties with Hezbollah, insisting the relationship remained a firm cornerstone of resistance to Israel.

Media reports from Hezbollah-aligned outlets had suggested the relationship had cooled.

“The ties [with Hezbollah] are good … The basic rules and essence of our ties with Hezbollah have not changed. The media is trying to picture things as if there is a crisis between Hezbollah and Hamas, whereas that is not true, there are just different views between the two groups,” Hamdan said.