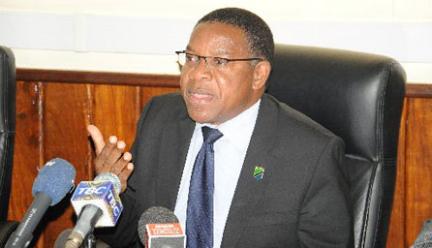 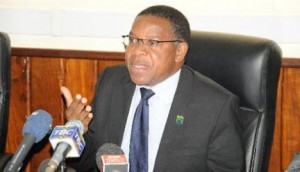 Tanzania has denied registering 17 Iranian tankers that had been blacklisted elsewhere.

Foreign Affairs minister Bernard Membe said Tanzania deregistered the 36 tankers in July after it was established that they were flying its national flag.

“We responded to these allegations and clarified our position in October, only to receive another letter from the US Embassy claiming that Tanzania had registered 17 Iranian tankers which had been deregistered in Tuvalu,” he said.

Mr Membe added that it was embarrassing for his country for such claims to be made after the said tankers had been deregistered.

In November, he added, his ministry responded to the allegations and explained that it had not registered any Iranian ship.

Tanzania has also asked the US and other development partners to provide details of a company known as Philtex, an agent based in Dubai, which has been registering Iranian ships on behalf of the Zanzibar Maritime Authority.

“After the truth has been established,” he said, “we shall deal with whoever is involved in tarnishing the image of our country….we can even think of suspending the binding contract between the

Tanzanian Government, the Revolutionary Government of Zanzibar and the agent.”

There were reports in October that Iran was trying to elude US sanctions by trying hard to rename and reflag, at times switching off on board vessel tracking systems to drop off the maritime grid.

The ships at the core of this conundrum belong to Iran’s main tanker company, NITC, formerly known as the National Iranian Tanker Company.

Last July, the US Treasury blacklisted NITC along with 58 of its vessels that were said to belong to the Government of Iran.

Among the blacklisted NITC vessels were more than 30 tankers that had only recently distanced themselves from looming European sanctions by reflagging from Malta and Cyprus to Tanzania and Tuvalu.

Under US pressure, both Tuvalu and Tanzania governments said in August that they would de-register ships owned or controlled by Iran.