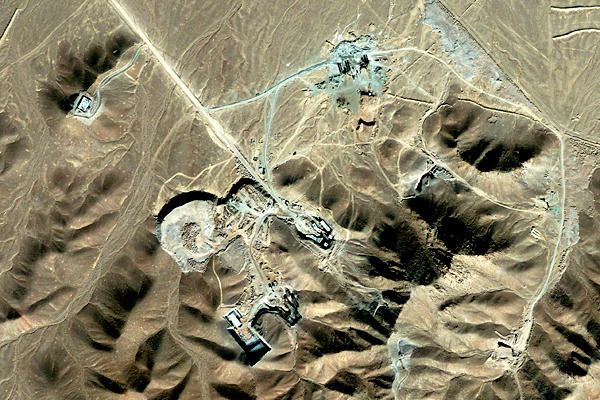 Can lessons from Iraq be applied to US-Iran tensions?

A declassified CIA report on Iraq says numerous intelligence lessons have been learned from the search for WMD. But the political dynamic around Iran’s nuclear program is a different matter.

More than nine years after US forces invaded Iraq, the CIA‘s declassified analysis of mistakes over Iraq’s weapons of mass destruction is rich with lessons that apply to Iran, as talk of another war simmers.

The outlines of the US intelligence failure on Iraq are well-known: Expectations that Saddam Hussein had a dangerous arsenal of chemical and biological weapons, and even fresh nuclear ambitions, proved to be an illusion.

Less understood are how the Iraq conclusions are being applied to understanding the Islamic Republic and its nuclear motivations. Signs abound that the US has learned numerous intelligence lessons; but the fraught political dynamics that can lead to war persist.

“Analysts tended to focus on what was most important to us – the hunt for WMD – and less on what would be most important for a paranoid dictatorship to protect,” says the January 2006 report, one portion of what the CIA calls its “Iraq WMD Retrospective Series.” Labeled “Secret,” it was declassified this summer and published in September by the National Security Archive at George Washington University in Washington, though entire sections of the document are excised.

“Viewed through an Iraqi prism, their reputation, their security, their overall technological capabilities, and their status needed to be preserved,” notes the report, which was released six years after the archive made its request. “Deceptions were perpetrated and detected, but the reasons for those deceptions were misread.”

One obvious result of the lessons learned from the Iraq intelligence failure already become clear, and were made public, however, with the 2007 National Intelligence Estimate (NIE) on Iran. That report challenged long-held assumptions with its determination that Iran had halted a nuclear weapons effort years earlier, in the fall of 2003, and that Iran made decisions based on a rational “cost-benefit analysis.”

Similar conclusions were made in a second NIE on Iran in 2011, which has never been made public. US Director of National Intelligence James Clapper reaffirmed those Iran conclusions again in testimony last January.

But it’s unclear if the US is any closer to understanding Iran’s gamesmanship on related issues, from the UN‘s yearlong bid for access to a suspect site at Parchin to the sincerity of repeated statements rejecting nuclear weapons as un-Islamic.

“The Iraq experience has already produced a different mindset in the intelligence community in its premier national product (the NIE),” says Bruce Riedel, a 30-year veteran of the CIA who worked on Iran and Iraq for years and is now at the Brookings Institution in Washington.

Increasingly strident rhetoric toward war with Iran reached a crescendo earlier this year, especially fromIsrael, which claims an Iranian nuclear weapon would be an “existential threat.”

Iran frequently trumpets its military power and conducts extensive exercises in its bid to deter any US or Israeli strike. And in Washington and Tel Aviv, “no option is off the table” is the typical code phrase for military action. The US has led the movement to impose stringent sanctions against Iran’s economy.

Yet, notes Ali Vaez, Iran analyst for the International Crisis Group in Washington, the NIE assessment that Iran halted its structured clandestine nuclear program in 2003 shows caution in the US intelligence community when it comes to drawing conclusions.

But that restraint could be trumped by other factors. “The problem [today] is that more political lessons have been forgotten than intelligence lessons learned,” says Mr. Vaez. “In a mirror image of Iraq, Iran is guilty in Washington’s corridors of power until proven innocent.”

Iran has refused access to Parchin in the past year, for example; Iranian diplomats suggest privately that they expect to resolve outstanding issues such as Parchin with the UN’s International Atomic Energy Agency (IAEA) as part of a broader deal with world powers over its nuclear program.

But that Iranian refusal – while at the same time engaging in “substantial” landscaping of the site, which the IAEA says undermines its ability to inspect it for traces of past nuclear work – echoes many Iraqi weapons inspections in the 1990s. In those standoffs, Iraqi officials often behaved as if they had something to hide, when in fact they did not.

As the CIA’s 2006 assessment states, “Iraq’s intransigence and deceptive practices during the periods of UN inspections between 1991 and 2003 deepened suspicions … that Baghdad had ongoing WMD programs.”

The CIA further notes that Iraqi attempts “to find face-saving means to disclose previously hidden information” meant that Iraqi attempts later to “close the books” only “reinvigorated the hunt for concealed WMD, as analysts perceived that Iraq had both the intent and capability to continue WMD efforts.…”

This led Iraq to one conclusion, similar to the public declarations of Iranian leaders today: “When Iraq’s revelations were met by added UN scrutiny and distrust, frustrated Iraqi leaders deepened their belief that inspections were politically motivated and would not lead to the end of sanctions,” read the CIA report.

That conclusion echoes the current situation with Iran. Vaez notes that “Cleansing activity in Parchin is interpreted by Western politicians as evidence of a present, not a previous, nuclear weapons program.” The political hostility means few carrots are seen to be necessary, he says: “Just like Iraq, Iran’s hostility is viewed as unalterable and thus there is no need for a light at the end of the sanctions tunnel.”

Still, despite the spreading prevalence of “biases and accusations,” says Vaez, the intelligence community “has stood its ground on Iran. That is progress.”

Nevertheless, there appears to be plenty of room for miscalculation. The frequency of Iranian militaryexercises and claims of brisk progress, from an expanding missile force and cyber-war capabilities, to record-fast torpedoes and drone warfare, have opened the door to misinterpretation.

“The question is, ‘Why do they do it?'” asks Alex Vatanka, an Iran specialist at the Middle East Institutein Washington, and the US Air Force Special Operations School.

“Clearly [the answer] is along the lines of Saddam Hussein and his people, which is to show strength, operate from a level of strength,” says Mr. Vatanka. “Don’t show up at the negotiating table weak – that has been valid for years. And importantly, don’t lose face in Iran, in front of your own domestic audience.”

Iran’s history of the past two centuries includes many examples of weak Persian leaders losing territory and being humiliated in the face of unscrupulous colonial powers like Russia and Britain, and later the US. Iran’s everyday vocabulary today includes negative associations about being weak that stem directly from those experiences, notes Vatanka.

“The idea that if you are weak and humiliated really does play a large role in the calculations of the regime, and has nothing to do with the theocracy,” says Vatanka. “If the question is, ‘Is there a lot of brinkmanship, or showmanship?’ Yes, absolutely that is the case with Iran right now.”

But he adds: “We’ve had 10 years of looking at this [nuclear program], and if it was so clear-cut black-and-white that Iran would have the bomb tomorrow, I think we would have had a different debate [in the intelligence community] today.”

The US has a few veteran analysts who were on the Iran case decades ago, who can decode how formative events such as the Iran-Iraq War of the 1980s affect Iran’s leadership decisions and worldview today. But a generation of US-Iran mutual hostility has added levels of blindness.

“Because we haven’t had an embassy there for more than 30 years, because you can’t travel there … you have very, very few analysts or case officers working on Iran who have any practical experience with the reality of modern Iran,” says Riedel of Brookings.

“As a consequence, very few people have what you would call ‘ground truth,’ they’ve never been there so they don’t know what the ground looks like,” adds Riedel. “That’s a problem that’s insoluble, really.”