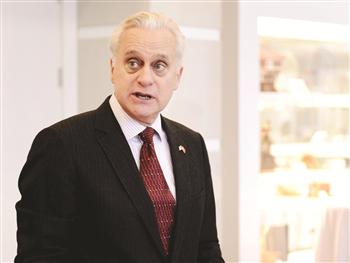 US, Turkey in ‘very close’ talks on Iran sanctions 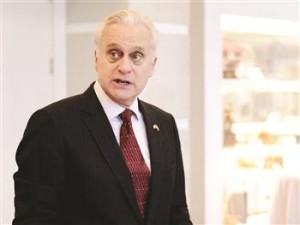 The U.S. authorities are “in very close touch” with the Turkish government on the country’s gold for gas trade with Iran, U.S. Ambassador to Turkey Francis Ricciardone said yesterday.

“We are focused with our Turkish ally on the same strategic purpose of preventing the proliferation of nuclear weapons in this region,” Ricciardone told reporters inAnkara on the sidelines of a defense and aviation meeting. “How we go about that is something we have to work out together. There are no easy answers, but we all agree that diplomacy is the way to go,” he added.

U.S. and European banking sanctions ban payments in U.S. dollars or euros, so Iranreceives Turkish Liras in payment for its exports, a currency that is of limited value for buying goods on international markets but ideal for buying gold in Turkey.

Turkish Deputy Prime Minister Ali Babacan said last month that the lira Iran received from Turkey for its gas was being converted into gold because sanctions meant that it could not transfer cash into Iran.
Turkish Energy Minister Taner Yıldız said at a separate meeting in Istanbul yesterday that Turkey did not expect tighter U.S. sanctions to apply to its natural gas imports from Iran.

“We know that sanctions of this kind would not only be against Iran but would also be against Turkey,” he said.