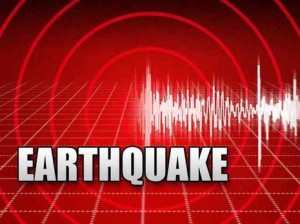 The broadcast quoted Javad Heravi, who represents the region in the Iranian parliament, as saying that the quake caused damage to rural buildings and cut power lines and telephone communication.

The semiofficial Fars news agency said the quake caused panic and prompted residents in the provincial capital, Birjand, to flee their homes.

The TV said the epicenter of the quake was outside Zohan, a village 110 kilometers (65 miles) north of Birjand.

The broadcast said rescue teams were dispatched to the area. It said 12 villages were affected by the quake.

Even moderate quakes have killed thousands of people in the past in the Iranian countryside, where houses are often built of mud bricks.

Some 26,000 people were killed by a 6.6-magnitude quake that flattened the historic southeastern city of Bam in the same region in 2003.