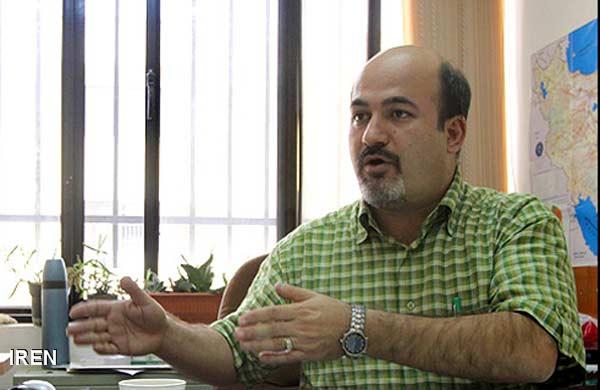 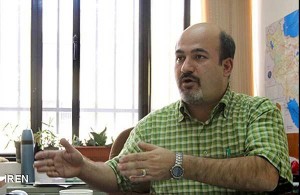 Mohammad Darvish is on an often lonesome quest to elevate Iran’s environmental IQ, even daring to oppose nuclear power. So far Iran’s leaders are tolerating it.

TEHRAN — His son is named after the river born where the Tigris and Euphrates meet. His wife once complained that he loved a rare species of yellow deer more than her.

His realm runs from sprawling salt deserts to the snowcapped peaks of the Zagros Mountains, from southern marshes along the Persian Gulf to damp northern forests known as the “cloud jungle.”

Mohammad Darvish, 47, is Iran’s green gladiator, engaged in a quixotic, often lonesome quest to elevate his homeland’s environmental IQ. In a nation where security and economic concerns overshadow threats to a varied and fragile ecosystem, he even dares to oppose nuclear power, sacrosanct to Iran’s leaders.

“It is budding, but it is far from being a movement,” the indefatigable Darvish says of environmental consciousness in Iran. “But I am sure the environment will be a full-fledged movement one day, and Iran will have Green [political] parties that will send members to parliament.”

Darvish, working from a state-run botanical reserve on the western outskirts of this traffic-clogged capital, is a subtle but persistent voice, direct but non-threatening in his message as he warns about desertification, deforestation, pollution, climate change and other perils to this mostly arid land.

Unlike the country’s understandably edgy political activists, who face the constant threat of police harassment, Darvish has a carefree demeanor. Each Sunday, he spreads his message in a morning spot on state TV. He also writes a widely read environmental column in a moderate newspaper and a blog focusing on Iran’s ecology.

As in the West, much of the public discussion about Iran among its citizens focuses on the sanctions-driven economic crisis and the cataclysmic prospect of war, both related to Tehran’s nuclear development efforts.

The West and Israel allege that Iran harbors a hidden agenda to build an atomic bomb. Tehran contends that its research is for purely peaceful purposes: energy generation and the production of isotopes for cancer treatment.

Iran’s ever-vigilant information overseers have tolerated Darvish’s anti-nuclear advocacy, perhaps in part because the theme is a relatively discreet one in his work, far from a crusade. His opposition is based on ecological threats, he emphasizes, not strategic ones.

“I am not a nuclear scientist, but I believe producing nuclear energy to be used for electricity is too costly and prone to environmental hazards,” Darvish says, sitting on a bench in a wooden cabin on the reserve’s rambling grounds.

“In any natural disaster, or if Israel attacks us, then nuclear pollution is our most dangerous hazard.… Why should we increase our vulnerability by using nuclear plants for energy, while more environmentally friendly technology is available?”

Darvish avoids polemics. As a public worker — he is one of several managers at the state reserve — his preferred style is to address issues, not attack officials.

“Darvish, at the end of the day, is a state employee and civil servant,” says Naser Karami, a climatologist and editor of an environmental news agency who agrees with many of Darvish’s positions.

Karami says Iranians are “being told one lie after the other” about environmental threats in a country that doesn’t get high marks for safeguarding its natural heritage.

Iran ranked 114th among 132 nations in 2012 on the so-called Environmental Performance Index, which tracks various indicators of environmental public health and ecosystem vitality. Switzerland ranked No. 1; Iraq finished last. (The United States, where the index was developed on a pair of Ivy League campuses, ranked 49th, just ahead of Argentina and behind Australia.)

The air was so polluted in Tehran this week that Iranian authorities announced Monday that schools and state-run offices would be closed Tuesday and Wednesday, essentially shutting down much of the capital.

Darvish, a native of Tehran who has a master’s degree in environmental management from Tehran University, traces his passion to childhood trips to the zoo and summers spent at his grandfather’s rural home. There he was exposed to livestock, wildlife and a sense of liberation.

“I strolled and daydreamed,” he recalls of that youthful idyll.

Iranians are not impervious to environmental concerns. The Internet and a growing eco-tourism sector have helped raise awareness. Road construction and pipeline-laying in sensitive areas stir up public emotions, as do emissions-linked urban air pollution and oil contamination.

“There is much more awareness” compared with a decade ago, says Darvish. Still, he says, environmental activism remains largely confined to elite circles. It is well off the radar screens of most Iranians, who are focused on paying bills and feeding their families.