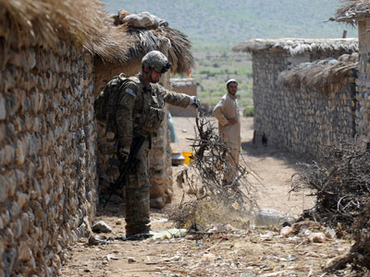 Pentagon relies on Iran in fighting for soldiers’ health in Afghanistan 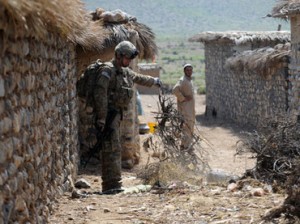 Despite crippling US sanctions imposed on Iran, the Pentagon has purchased 115 $310 vials of antivenin from the Islamic Republic to treat Americans who were bitten by deadly snakes in Afghanistan.

The US military has grown increasingly dependent on the antivenin to treat bites by Oxus cobras, which is a highly venomous snake whose bite can completely paralyze its victim in less than an hour. In most cases, those who are left untreated after such a cobra bite do not survive. The antivenin is also used to treat bites by Haly’s pit vipers and other snakes that are found in southwest Asia.

“When biting they hold on and chew savagely,” the Army Public Health Service warns about the Oxus cobra. If any of the 13 species of venomous snakes found in Afghanistan bites a soldier who can’t identify the snake, then they are given the Razi antivenin.

But although lives depend on the Razi Vaccine & Serum Research Institute, US military purchases from the Iranian establishment may be in violation of sanction rules. Such purchases legally require a waiver from the US Treasury Department. The Pentagon is investigating the purchases after the Wall Street Journal raised questions about its potential sanction violations.

With $35,650 spent on the antivenin vials since January 2011, the US has been a significant customer for the Iranian institute, mainly because suppliers are few. US Food and Drug Administration-approved antivenin is ineffective on Afghan snake bites because the drugs only treat bites by snakes found in the US.

Researchers at the Razi Vaccine & Serum Research Institute say that regardless of sanctions, they will sell the drugs to anyone who needs them.

“We make this to save lives, and it doesn’t matter if the person is Iranian or Afghan or American. We are happy to hear we have saved a person’s life, even an American soldier,” said Hadi Zareh, lead researcher in the antivenin department, in an interview with the Journal.

Still, the institute has not remained unaffected by sanctions: the rules have made it difficult for researchers to acquire the necessary resources to make the antivenin.  Chemical products and equipment have become scarce and expensive, which in the long run could have a significant effect on the supply of the much-needed and life-saving antivenin.

Razi has researched and produced vaccines since 1924. The organization makes about 95,000 vials of the snake antivenin each year and is currently researching antidotes for spider bites. Razi injects the venom into one of its 200 horses, waits for the animal to produce antibodies and then uses that to make the antivenin.

“The Iranian antivenin is the best, and our guys deserve the best,” Col. Rob Russell, medical director at Camp Bastion hospital in Afghanistan, told the Wall Street Journal.