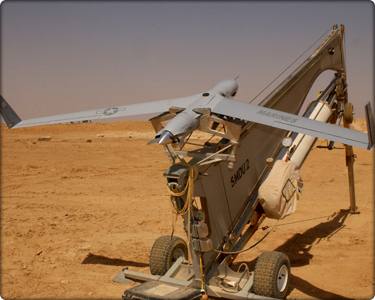 Iran claims seizure of US drone, US denies 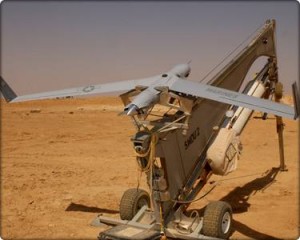 Iran news headlines on Tuesday include Iran report of capturing U.S. drone in its airspace which the US Navy denies, 2 pilots charging for shipping aircraft to Iran, Azerbaijan foreign ministry spokesperson remarks over not allowing Israel to use Azerbaijan for attacking Iran, UNHCR concerning about jailed Iranian activist and Swedish man accusing of violating Iran sanctions.

Iran captured a U.S. drone that was flying in the country’s airspace, its media reported on Tuesday. The ScanEagle drone was gathering information over Gulf waters and had entered Iranian airspace when it was captured by the naval unit of the Islamic Revolutionary Guards Corps (IRGC), the Fars news agency reported, without giving details.

Navy: No US drones missing after Iran claim

A U.S. Navy spokesman says no American drones are missing in the Middle East following Iranian claims it had captured an unmanned American surveillance aircraft. Cmdr. Jason Salata, a spokesman for the U.S. Navy’s 5th Fleet, says all U.S. drones in the region are “fully accounted for.” He also cast doubt on Iranian claims Tuesday that the U.S. ScanEagle drone entered Iranian airspace, saying U.S. operations in the Persian Gulf are “confined to internationally recognized water and airspace.”

2 plead guilty in plot to ship aircraft to Iran

An Iranian national and an American citizen who worked as an airline pilot pleaded guilty Monday in a plot to ship helicopters and aircraft parts for Iran’s state-run civilian airline, in violation of the U.S. trade embargo. Their scheme, hatched in 2007 and continued until 2011, was foiled before the defendants arranged any deliveries, federal authorities said. The men had hoped to make millions by selling the parts to Iran Air, which is owned by the country’s government, authorities said. Several of Iran Air’s planes are made by U.S.-based Boeing, according to the airline’s website.

On December 2, the British Sunday Times ran a story on supposed plans by Tel-Aviv to use Azerbaijani bases to send off terminator drones into Iran if there is an Israeli attack on Iranian nuclear sites and if Tehran moves to respond to it. The drone fleet would lay to waste Iran’s missile system before the Islamic Republic can pull out its guns, the paper said, citing unnamed sources. In response, Azerbaijan claimed that The Sunday Times was essentially delirious. “Baku will never let anyone use its territory for an attack on our neighbors,” asserted foreign ministry spokesperson Elman Abdulayev.

The UN High Commissioner for Human Rights, Navi Pillay, says she is extremely concerned about the health of the Iranian human rights activist, Nasrin Sotoudeh. Ms Sotoudeh is in the seventh week of a hunger strike in Tehran’s Evin prison. Her family says she has lost a lot of weight and her blood pressure is now abnormally low.

A Swedish man has been charged with breaking international sanctions against Iran after allegedly trying to export material typically used in uranium enrichment. Police are not disclosing the identity of the 31-year-old, who is accused of trying to sell 11 advanced valves to Iran in February and April last year. A court document claims the man lacked permission to export such valves and has broken international sanctions.

Israel military strike on Iran, nasrin sotoudeh, sanctions against Iran, ScanEagle drone, US navy December 4, 2012
Water level in Lake Urmia rises by 20 centimeters
Did Iran just down a US drone by ‘spoofing’ technique?