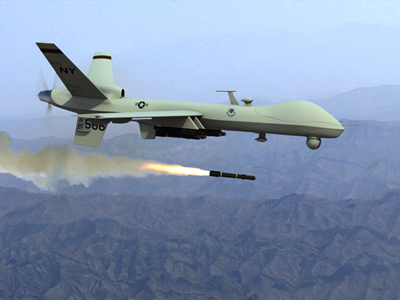 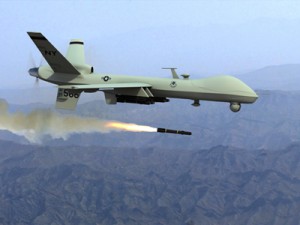 Dec 4 (Reuters) – Iran captured a U.S. drone that was flying in the country’s airspace, its media reported on Tuesday.

The ScanEagle drone was gathering information over Gulf waters and had entered Iranian airspace when it was captured by the naval unit of the Islamic Revolutionary Guards Corps (IRGC), the Fars news agency reported, without giving details.

The agency said the drone was captured sometime “in the last few days.” It was not clear how it was captured.

“These kinds of aircraft are normally launched from large ships,” said Ali Fadavi, the IRGC’s naval commander, according to Fars.

A U.S. Navy spokesman said they were aware of the reports, and were looking into them.

The ScanEagle is manufactured by Boeing Co. According to the firm’s website, the drone is four feet long and has a 10-foot (three-metre) wingspan.

In November, the United States said Iranian warplanes shot at a U.S. surveillance drone flying in international airspace. Iran said the aircraft had entered its airspace, and said it would respond “decisively” to any foreign encroachments into its airspace.

Khazaee claimed that U.S. craft had entered southern Iran seven times in October around Bushehr where Iran’s only nuclear power station is situated.

The United States and Iran are locked in an ongoing dispute over Tehran’s nuclear programme. The U.S. and its allies believe Tehran is trying to develop an atomic bomb, while Iran says its programme is purely peaceful.

Israel has threatened to bomb Iran’s nuclear sites if diplomacy and sanctions fail to stop its nuclear activities.

In October, Israel shot down an Iranian-made drone launched into the Jewish state by Lebanese Islamist group Hezbollah.