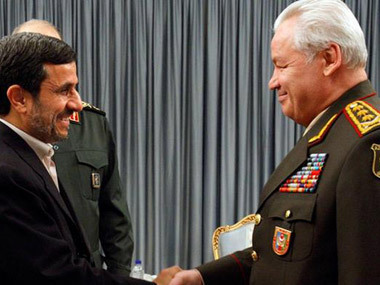 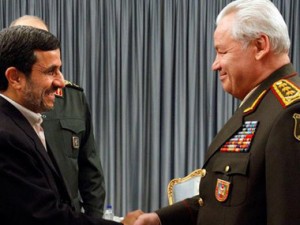 Baku has said it before and now it says it again: Azerbaijan will not become a launching pad for an Israeli attack on Iran, so, naysayers, check your sources.

On December 2, the British Sunday Times ran a story on supposed plans by Tel-Aviv to use Azerbaijani bases to send off terminator drones into Iran if there is an Israeli attack on Iranian nuclear sites and if Tehran moves to respond to it. The drone fleet would lay to waste Iran’s missile system before the Islamic Republic can pull out its guns, the paper said, citing unnamed sources.

The Sunday Times even had all the technical details. Israeli-made Heron drones will be supposedly used to deliver US Hellfire missiles, it claimed. Azerbaijan purchased the unmanned aerial vehicles earlier this year, a purchase which rounded many eyes in neighboring Iran.

In response, Azerbaijan claimed that The Sunday Times was essentially delirious. “Baku will never let anyone use its territory for an attack on our neighbors,” asserted foreign ministry spokesperson Elman Abdulayev, ANSPress.com reported.

Azerbaijan’s relations with fellow Muslim neighbor may be less than neighborly, but since Iran is home to millions of ethnic Azeris, Baku repeatedly has said it would never get pulled into a conflict with Iran.

The UK Times publications, which tend to have all the scoops on the alleged Israel-Iran-Azerbaijan triangle, would disagree. Citing an anonymous Mossad operative, the Times reported early this year that Israeli intelligence is using Azerbaijan to crane its neck into Iran and that Baku is the prime site of Israeli-Iranian spy wars.

While Azerbaijani military analysts questioned some of the facts, Baku kept denying everything, but did little to dispel the rumors by arresting a series of men charged with being terrorists sponsored by Iran. Tehran responded by arresting two Azerbaijani poets-cum-alleged-spies.

Divided over the Caspian Sea’s energy resources, the role of Islam and conflicting strategic alliances, the two sides tried to clear the air recently, when Iranian President Mahmoud Ahmadinejad travelled to Azerbaijan to shake hands with President Ilham Aliyev and discuss mutual points of interests.

Yet it is hard to say what is going on under the surface without indulging in speculation. With no alternative sources at hand to confirm or deny the rumors of an alleged Azerbaijani-Israeli plot against Iran, for now, it’s pretty much the British paper’s word against that of the Azerbaijani government.