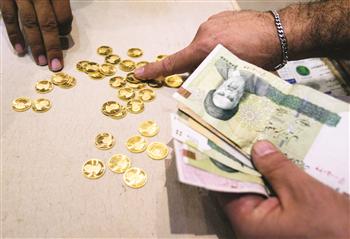 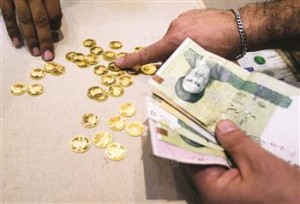 Ankara is in talks with Washington over the United States’ new wave of sanctions on Iran, which are speculated to cover Turkey’s de facto gold-for-gas trade with the Islamic republic

Ankara is in talks with Washington over the United States’ new wave of sanctions on Iran, which are speculated to cover Turkey’s de facto gold-for-gas trade with the Islamic republic, Energy Minister Taner Yıldız said yesterday, down playing stronger remarks that had been made by Economy Minister Zafer Çağlayan a day earlier.

“I’m not of the view that there will be any negative situations, [such as] a clash with the U.S. regarding natural gas, oil and mining. We are talking with the U.S.,” Yıldız told journalists on the sidelines of a mining event held in Istanbul.

Reuters quoted U.S. senators and aides as saying earlier this week that new sanctions aimed at reducing global trade with Iran in the energy, shipping and metals sectors might soon be considered by the U.S. Senate as part of an annual defense policy bill.

One senior aide said the move would end “Turkey’s game of gold for natural gas,” in a direct reference to Iran converting Turkish payments for gas into gold to sidestep sanctions.

“The United Nations decisions are surely binding for us but we would reconsider any sanctions by a single county, particularly when this is contradicting with and hurting Turkey’s interests,” he said.
Economy Minister Çağlayan said a day earlier that such a decision by the U.S. would not be binding for Turkey as the country only obeys multilateral international deals and is not a member of the European Union.

Turkey has so far acted with sensitivity on the issue, but needs to balance international demands with domestic demands, Turkey’s Customs and Trade Minister Hayati Yazıcı said yesterday. Possible gas and oil suppliers were limited, Yazıcı said. “Our friends will compensate [our losses] or Turkey will have to continue its relations [with Iran] within this scope,” he said.

Iran sells natural gas to Turkey and gets paid in Turkish Liras that are deposited in Turkish banks in Turkey, but converts this cash into gold before taking it to Tehran as it cannot transfer other foreign currency, Turkish Deputy Prime Minister Ali Babacan said last week, putting an end to widespread speculations on Turkey’s large amount of gold exports to its neighbor.

Turkey’s gold exports as a whole jumped more than fourfold to hit $11.2 billion in the first eight months of 2012.

Official gold sales to Iran stood at $6.4 billion in this period. Besides, Couriers carrying millions of dollars worth of gold bullion in their luggage have been flying from Istanbul to Dubai, where the gold is shipped to Iran, industry sources with knowledge of the business told Reuters last month. Official Turkish trade data suggests that nearly $2 billion in gold was sent to Dubai in August.