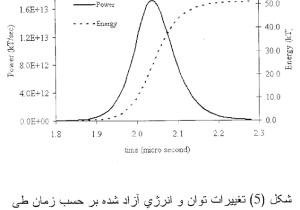 Iran news headlines on Thursday include the house magazine of US nuclear physicists remarks over AP’s bogus graph on Iranian nuclear weapons containing a ‘massive error’, UN atomic energy meeting focusing on Iran, the U.N. nuclear chief statements on disputed Iran’s nuclear program,  Unknowns opening fire at bus in the Zahedan – Nikshahr route, the Guardian analysts comment on Israel’s right to back away from war with Iran and Iran’s tendency to diplomacy and Berlin police detaining  10 persons in incident at Iran embassy in Berlin.

The latest in a series of leaks purporting to show Iran’s efforts to design a nuclear warhead emerged this week in the form of an Associated Press exclusive about a diagram of the blast dynamics of a bomb said to be three times the size of the one that destroyed Hiroshima. The Bulletin of the Atomic Scientists, the house magazine of US nuclear physicists has put out an analysis of the graph saying it contains a ‘massive error, which is unlikely to have been made by research scientists working at a national level’.

Iran’s suspected nuclear weapons drive dominated a meeting of the UN atomic agency Thursday, a day after Tehran declared it would continue to defy UN Security Council resolutions and expand its programme. “Now is the time for all of us to work with a sense of urgency and seize the opportunity for a diplomatic solution,” International Atomic Energy Agency’s chief Yukiya Amano said at the opening of the two-day meeting. “The IAEA is firmly committed to dialogue,” he said.

The U.N. nuclear chief said on Thursday that no progress had been made in trying to clarify concerns about possible military dimensions to Iran’s nuclear programme, despite “intensive efforts” by his agency. “No concrete results have been achieved,” Yukiya Amano, director general of the International Atomic Energy Agency (IAEA), told a quarterly meeting of the 35-nation governing board of the United Nations’ nuclear watchdog.

Early morning today, the unknowns in a sedan car opened fire at a bus that was going the Zahedan – Nikshahr route in Iran. Reportedly, the bus with some 15 passengers got shot 13 times. The incident did not result in any deaths or injuries.

Now that the crisis over Israel’s bombing of Gaza has been defused with a ceasefire brokered by Egypt and the United States, it will soon be time for the world to turn to the Middle East’s “other” thorny problem: Iran’s nuclear programme. There are parallels between the two situations. Western suspicions that Iran is trying to build an nuclear arsenal are matched by its suspicions and hostility towards Hamas, and the view that both are wild, ideologically obsessed, irrational actors. The ceasefire shows Hamas is rational and pragmatic. In both cases, Israel’s extreme positions and preference for military force stand out. And, as in Gaza, so in Iran, the US could do with diplomatic mediation by a third party that has friendly relations with Iran.

10 detained in incident at Iran embassy in Berlin

Police say a group of assailants pelted the Iranian Embassy in Berlin with stones and paint and pulled down an Iranian flag — prompting Germany’s foreign minister to express regret to his counterpart in Tehran. Berlin police said about 30 were involved in the incident on Wednesday afternoon. The assailants didn’t enter the building and authorities were able to detain 10 of them. There was no immediate information on their possible motives.