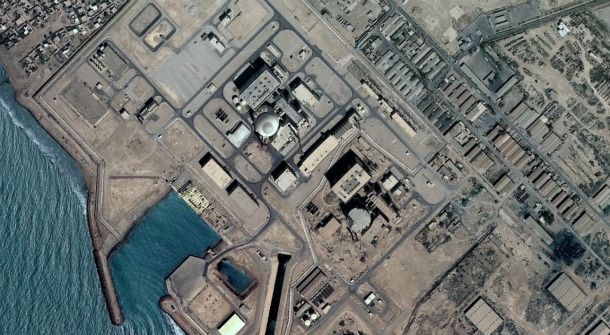 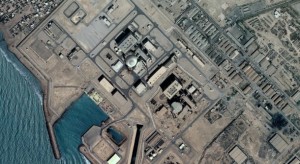 Iran’s decision to delay the startup of a plutonium-producing reactor until 2014 creates time for negotiations and may reduce threats of military strikes to disrupt the Persian Gulf nation’s nuclear work, said four western diplomats familiar with the talks.

International Atomic Energy Agency inspectors reported earlier this month that Iran wouldn’t begin operating a new heavy-water reactor in Arak this year as the Iranians originally planned. The United Nations Security Council has repeatedly ordered the country to stop work on the project.

The diplomats, speaking on condition of anonymity because of the subject’s sensitivity, said the delay creates a window of opportunity for a peaceful resolution to the decade-long stalemate over Iran’s nuclear work. The Islamic Republic’s atomic program will be the subject of talks at today’s quarterly IAEA meeting in Vienna.

No country in the Middle East has finished building a plutonium-producing reactor since Israel’s Dimona reactor began operating in 1963. Israeli warplanes destroyed Iraq’s Osirak heavy-water reactor in a June 1981 raid. Another Israeli attack destroyed an alleged Syrian heavy-water reactor near al-Kibar in September 2007.

Arak has no scientific or technological problems and scientists will begin testing the reactor in the “near future” by loading inert slugs without nuclear material into the fuel rods, the Islamic Republic News Agency said yesterday, citing Fereydoon Abbasi-Davani, head of the country’s Atomic Energy Organization. IAEA inspectors haven’t been able to monitor Arak’s construction since Iran completed its dome in 2009.

Access to Arak has been a central point of contention between Iran and IAEA inspectors. Iran says investigators aren’t entitled to design information about the facility until nuclear fuel has been loaded into the plant. The UN agency contends the country is obligated to provide detailed data about the site.

The so-called P5+1 — comprising China, France, Germany, Russia, the U.K. and the U.S. — is seeking another round of negotiations with Iran in December, the diplomats said. IAEA inspectors will travel to Tehran on Dec. 13 for talks seeking to win wider access to the country’s facilities.

Plutonium can be extracted from fuel rods inside heavy- water reactors to make atomic bombs.North Korea obtained plutonium for its nuclear weapons from the heavy-water reactor in Yongbyon. Detonation of one kilogram (2.2 pounds) of plutonium is equivalent to about 20,000 tons of chemical explosives, according to the Federation of American Scientists.

The first plutonium weapon ever used, the U.S. “Fat Boy” bomb that destroyed Nagasaki in 1945, contained about 6.2 kilograms of plutonium.

Israeli Prime Minister Benjamin Netanyahu has urged the international community to set a clear “red line” on the Islamic Republic’s nuclear work. Netanyahu, up for re-election in January, said on Nov. 5 that Iran’s atomic program will cease to exist by the end of his next term if he wins the vote.

Iran should engage seriously in negotiations, an Israeli government official said, without commenting on whether a delay of the Arak reactor would change the calculation over a military strike to stop the nuclear program.

While Iran has said Arak will be used to produce medical isotopes, arms-control analysts have called the facility a “plutonium bomb factory” because its production capacity exceeds what is needed for peaceful purposes.