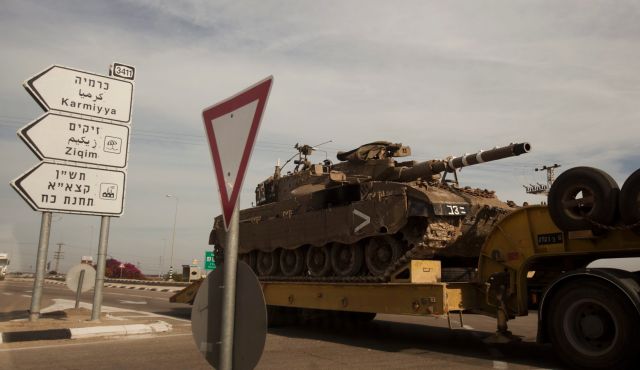 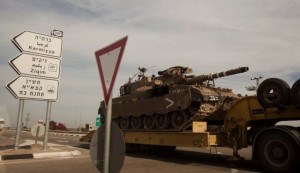 Senior officials say no Israeli leader wants to prioritize Israel’s military needs and allocate funds accordingly, since this could mean missing the next big threat.

Defense may seem sacrosanct in Israel, but behind the scenes dissent is brewing. “Iran is eating Israel’s welfare budget,” a high-ranking defense official told TheMarker. All the defense and Finance Ministry officials we spoke with agree. We were told the cost of a military attack on Iran is likely to run between NIS 10 and 12 billion – more than the Welfare Ministry’s entire annual budget of about NIS 6 billion.

The officials also agree that the Israeli government does not see its spending on defense as connected to a lack of spending on welfare. It seems it has never asked itself what the direct and indirect financial costs of an attack on Iran would be.

“The government thinks the defense establishment is the answer to everything,” another senior official in the defense establishment says. “They buttonhole the chief of staff in the corridor and tell him: ‘Hey, give us Iran too.’ It doesn’t work that way – Iran is a budgetary event of a different magnitude, and one can’t expect that the army will absorb it as part of the existing defense budget.”

The senior official continues, “The problem is bad management by prime ministers throughout history. It’s legitimate that Israel should construct an option for the Iranian threat, but it’s impossible to send the army to prepare for it while leaving the budget vague, saying ‘We’ll deal with it later.’ The Brodet Report defined the defense budget very well, as well as the threats it’s supposed to be dealing with. We said the price of the Brodet report was that there wouldn’t be a solution for every threat. But the government hasn’t agreed to give up any of the threats.”

That seems to be the most basic failure in the management of Israel’s defense budget. The threats the budget is supposed to deal with are not defined because the government refuses to take responsibility for defining them. The result is that the defense budget has turned into a kind of catch-all – it is supposed to be able to deal with every imaginable threat. So the army is prepared for cyber threats, terrorism and fighting rockets – together with conventional tank warfare, an attack on Iran and the Egyptian threat too – all in a single budget.

Nor is either one expected to happen. Several months ago, Maj. Gen. (res.) Giora Eiland, formerly the head of the Planning Directorate and the National Security Council, proposed a new defense budget for the Institute for National Security Studies at Tel Aviv University. In the proposal, Eiland calls for clarifying the threats Israel faces before determining the budget.

The IDF’s and Israel’s needs should be determined beyond any doubt, he says. He defines these needs as the minimum defense standard, and estimates their cost at NIS 40 billion per year. They include protecting Israel’s airspace, dealing with rockets, defense against Iran, deterrence capability and the ability to defeat Syria, Hezbollah and Hamas in the same war.

Beyond the minimum standard, Eiland suggests examining additional capabilities that the government would like the IDF to have. Among these, he includes the ability to attack Iran, a war with Egypt, active defense of the entire country’s territory and preparedness for a battlefront with Iraq or Jordan. In his opinion, the most important tasks may be chosen from among them with an additional NIS 13 to 14 billion. In all, he speaks of a budget of NIS 40 to 54 billion, depending on the number of tasks defined for the IDF as compared with the current defense budget, which is NIS 60 billion (NIS 47 billion without American aid). Although Eiland’s proposal was presented at a large conference at Tel Aviv University about six months ago, he believes it is unlikely to be adopted.

According to Eiland, moving the discussion about the defense budget toward defining the threats that need to be prepared for and determining the budget based on them makes everyone involved uncomfortable. For the IDF, it means someone else (in this case, the government) will be defining threats for it and, for all practical purposes, managing its budget. For the government, it means deciding which threats not to prepare for – a responsibility every prime minister in Israel’s history has been afraid to take on.

Finance Ministry officials, who understand prime ministers will fear leaving any threats un-dealt with, also oppose the proposal. They already envision how such a proposal could result in the government deliberately choosing to prepare for all possible threats, those that are more likely and those that are less so, thus causing the defense budget to swell uncontrollably.

The result is that no truly insightful discussion about the defense budget is taking place, and Israel appears to be paying an inestimably heavy price for that. In the absence of any real examination of the defense budget, there is reason to fear it is already too large, which harms the state’s investment in welfare and education. Another reasonable fear is that current defense spending does not reflect the correct priorities in terms of the threats Israel faces. The final fear is that without such an ordering of priorities, the defense budget continues to be determined by arm wrestling between the Finance Ministry and the defense establishment. This results in sub-optimal management of the budget and hasty cutbacks that harm the IDF’s preparedness for war. Thus Israel spends NIS 60 billion – fully a quarter of the national budget, without interest – only to shoot itself in the foot.