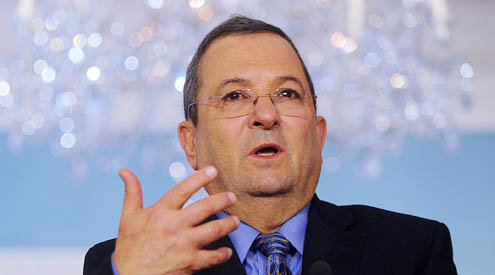 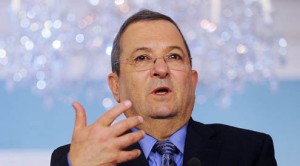 TEL AVIV, ISRAEL — In a development that could lead to a hardening of Israel’s position on Iran’s nuclear program, Israeli Defense Minister Ehud Barak announced Monday that he was resigning from political life, a surprise move that removed a moderate voice from the government of Prime Minister Benjamin Netanyahu.

Despite his role as defense minister and the widespread belief that he was the architect of Israel’s Iran policy, Barak was seen as one of the least hawkish figures in Netaynahu’s Cabinet.

Barak’s decision to end his five-decade-long career in public service came in the midst of the Israeli election season, as the country prepares to vote for a new Parliament on Jan. 22.

The announcement came just hours before Netanyahu’s Likud party was expected to learn the results of its primaries, amid predictions that hard-line members were likely to take control.

“We have Netanyahu losing Barak – one of the most moderate influences in his inner circle – on the same day that he loses part of his party to the far-right wing. . . . Basically, it doesn’t look good for those who were hoping for a more tempered Israeli policy,” said a senior Likud political adviser who spoke to McClatchy on condition of anonymity because of the sensitivity of the topic..

Often called “Israel’s most decorated soldier,” Barak, 70, made his announcement at a hastily convened news conference.

“I want to dedicate more time to my family. I feel I have exhausted dealing with political life, which has never been a passion of mine, and I feel there is room to allow other people to serve in senior roles in Israel,” he said.

Despite maintaining a united public face, Barak and Netanyahu often clashed over Iran policy, and it was Barak who was sent to the White House and to Europe to present a more moderate face of Israel.

In recent months, Barak has criticized Netanyahu publicly for overplaying his hand on Iran and for isolating Israel from the Obama administration and European governments. Last month, in a visit to the United States, Barak accused Netanyahu of wrongly and unfairly backing Republican presidential candidate Mitt Romney over President Barack Obama.

Barak also broke with Netanyahu’s policy of warning against Iran’s nuclear program, telling reporters last month that an immediate crisis was avoided when Iran chose to use more than a third of its medium-enriched uranium for civilian purposes earlier this year.

“Barak understood that Israel’s military options vis a vis Iran were complex and not guaranteed to work. He understood that even a small failure during a military operation on Iran could not be accepted,” said one defense official close to Barak who spoke anonymously because he was not authorized to speak to a reporter. “That’s why he – especially he as defense minister – promoted the diplomatic option ahead of the military one.”

“The Iranian issue remains very important, even after I leave my position in three months. It will remain a central issue on the agenda,” said Barak, who added that he would be happy to advise Israel’s future prime ministers on the matter.

Gill Hoffman, political editor of the Jerusalem Post newspaper, said he was “very surprised” that Barak decided to leave office before “the Iran issue is resolved.”

Barak said he would stay on as defense minister until the late January parliamentary elections. Polls had predicted that Barak’s centrist party would win four seats at most in Israel’s 120-seat Parliament, despite a recent boost to Barak’s popularity after Israel’s offensive in Gaza last week.

“Part of his decision may have had to do with the poor showing in the polls,” said Hoffman. Though he added that many assumed that regardless of who won in January, Barak would be asked to return as defense minister.

With Barak’s exit, the key role of defense minister could be left open. If Netanyahu does well at the polls and becomes Israel’s next prime minister, he is expected to choose a defense minister from within his own Likud Party, though some Israeli pundits have suggested that he could give the position to Avigdor Lieberman, Israel’s hawkish foreign minister.