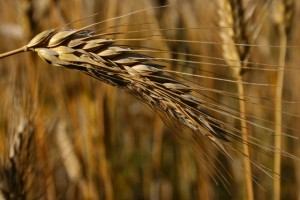 He said that Pakistan Agricultural Storage and Services Corporation (PASSCO) has been directed to make necessary arrangements in this connection. “Iranian inspectors visited Pakistan in the first week of the ongoing month and collected samples of Pakistani wheat to check karnal bunt or Tilletia in wheat from the godowns of PASSCO. Iran has examined Pakistan wheat and agreed to import it”, he said.

Iran had earlier expressed unwillingness to accept Pakistani wheat containing karnal bunt or Tilletia Indica during a visit of a Pakistani delegation on April 26 this year to Tehran. According to officials Pakistan’s wheat has 0.3 percent ratio of karnal bunt (a fungal disease) but 0.3 percent fungus was not harmful to human health and was internationally acceptable. Tehran earlier wanted wheat with zero percent karnal bunt.

The proposed arrangement was first discussed in February this year when President Asif Ali Zardari and Iranian President Mehmoud Ahmadinejad held a meeting in Islamabad. Both the leaders resolved to raise Pak-Iran bilateral trade to $10 billion. Pakistan had offered one million tons of wheat to Iran, and in return, Tehran would provide fertiliser and iron ore.

However, reliable sources revealed to this correspondent that the NFS&R had proposed that the government not to increase the wheat support price because the country has had surplus stock of wheat for the last three years. “The NFS&R and Agriculture Policy Institute (API) after detailed analysis proposed to the government to retain last year’s support price (Rs 1050) because the price of fertiliser was the same as last year”, they said.

Sources added that the NFS&R also held a meeting with provincial agriculture departments in this regard and they had agreed to keep last year’s price. Increase in the support price would, it was argued, further increase food inflation in the country, they said.